The different photos used as background for the site are really neat.

The Touring car photo below used during May has some really interesting features even though the decorations hide some detail. Appears to be the Fourth of July somewhere. You know the driver was excited to pose for the camera. This is ( Read the fine article by Royce yesterday on rebuilding the water pump and you can tell I really catch on quick! ) to be an early water pump car and that makes it in the first 2,500 cars.

The radiator appears to be a shroud type. Is that the proper term? We hear that Briscoe was a supplier very early and I was wondering if that may be an example?

There doesn’t appear to be a winged-Ford logo embossed on the front brass panel of the radiator. Is that just my old pair of eyes, or? The Ford logo is in the center of the radiator core where it was for cars up through 1910. I have heard the cut off point is not known.

The car has square front fenders, looks like mat covered running boards with brass edge trim we hear about. The crank handle is in the upright latch position and I believe that indicates a water pump car.

The crank handle appears to be brass plated.

Another interesting item are the side lamps and is the main reason I made this post. They appear to be E&J three tier lamps. It seems E&J are the only supplier Ford used that had a round front lens and a curved inner reflector. Some of the early E&J lamps have a flare rim around the front lens but these don’t.

Does anyone know what model side lamp these are? 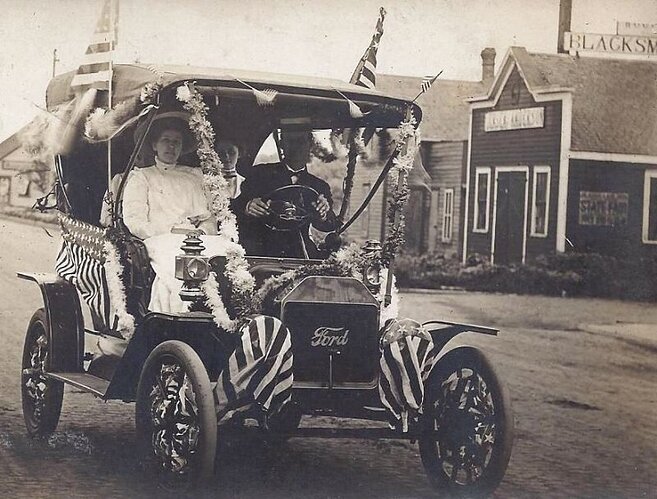 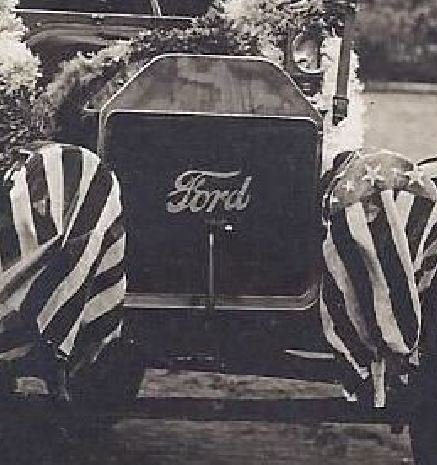 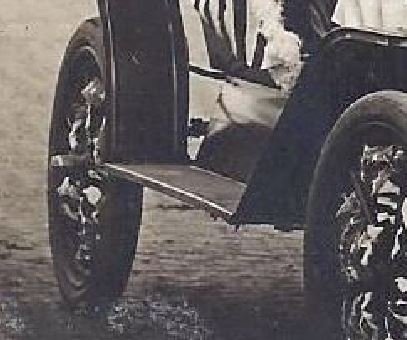 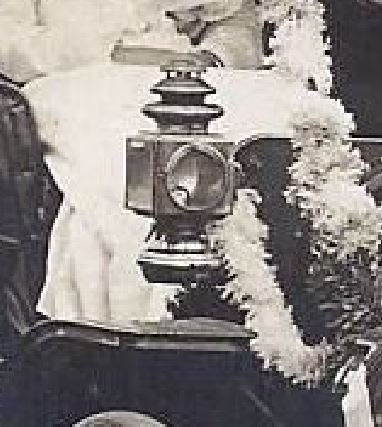 I am still learning about the lamps. The cowl lamps are E&J Pat 1908 three tier lamps. These are most common during early 1909. Not sure about the ones with the lip around the round lens, those tend to be two tier. Other suppliers of lamps were JNO Brown and Atwood Castle.

The brass trim around the early radiators is a separate piece, not integral to the top tank as on later T radiators. This type of radiator does not have Ford script. It is typical of the first 2500 cars. I believe McCord is another early supplier. Not sure if there is any visible difference between the two makers.

Most of the things that you mention are typical of the first 2499 cars. The brass crank handle was typical until maybe April 1911 and went away simultaneously with the open valve engines and oil pans with no door to adjust the rods.

A feature of early touring bodies was a much lower than normal placement of the door handles. This was raised after the first 2499 cars, probably because it was hard to reach while sitting inside the car.

Fantastic photo. Thanks for sharing.

Found a couple of items relating to the E&J side lamps on the above early car.

The photo below of a restored car shows the E&J three tier lamp that is correct for the early 1909 cars. It seems from the associated discussions, that the three tier lamps with the flare around the front round lens was not used on the Model T. The car pictured appears to have a four hole bonnet of a headlight used later than 1909. Not sure how long the three tier were used in Model T production.

E&J must have redesigned the side lamps to drop the “first tier” some time in 1909. All subsequent E&J side lamps for Ford were constructed with the familiar two tier design. It is interesting that the “first tier”, in a three tier configuration, was used by all other suppliers to Ford to the end of square side lamps in 1914. 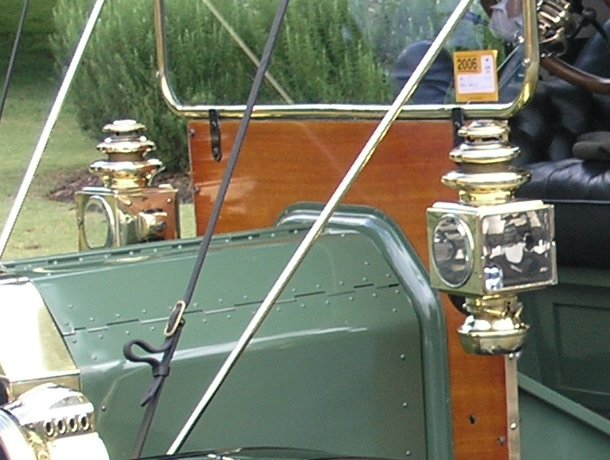