Spurious hub or am I model T

Is it a spurious part or is it stock T

Found on a T wheel , or it fits like one and takes a T hub cap

As far as I know its missing a detail 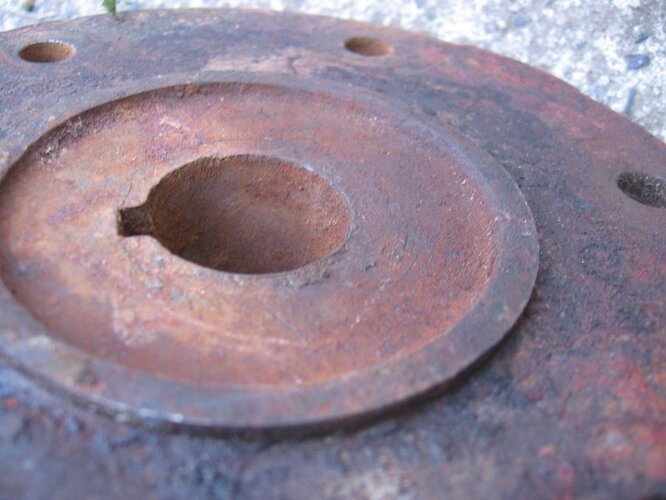 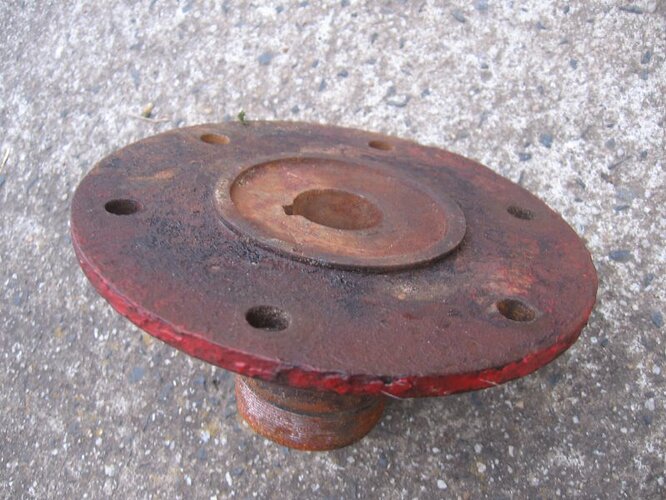 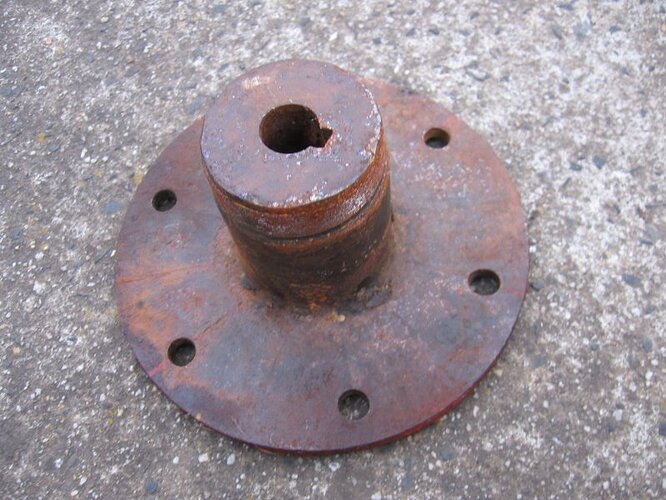 Looks proper from here - what do you imagine is wrong?

Hi All the ones I have and have seen ,have a raised edge next to the shaft hole ,for the felt seal to be held in place

The Ford Model T was becoming old and a bit outdated. … Could you take the time to group all these Spurious Fords as we call …

Hello Charlie Have not idea what you want

While most of the model T rear hubs I have seen over the years did indeed have multiple rings and a slightly rounded area around the axle taper, I have seen a few like this one. A funny thing to me is, that I have heard the area was for a felt seal, but only once have I ever seen an old wheel or hub come off an unrestored axle and actually have a felt seal in there. I have seen a few restorations worked on that had them. Maybe most people over the years just left the felt piece out.
I have wondered over the years if maybe that variation was early hubs from the brass era? I don’t know. The earliest T hubs were 5 1/2 inch diameter, and straight (not tapered) axle. About 1911 that diameter was increased to 6 inches, and for a very short time, still used a straight axle. So I would recommend that you measure yours to be certain of that. By mid to late '11, the rear hub became the style we are more familiar with. I do not know, maybe some had the flatter back without the additional rings for a felt seal?
Another possibility is that they could be an after-market replacement part, sold by someone like Western Auto or M Wards?
Yet another possibility is that they could be from a non-Ford. Chevrolet in the early '20s had a model (I think it may have been the 490?) that used a rear end that looked somewhat different than the model T Ford, but was fairly similar in many ways. Although slightly different, wheels, rims, and hub caps were interchangeable. Even some internal parts were interchangeable. The ring and pinion gears were cut differently, however, with a little effort, could be swapped from one to the other as a set. I do not know if it could be a Chevrolet hub or not? But maybe?

Hello Wayne
After posting this I saw on ebay, someone selling a hub like, this described as early T ,so maybe your correct I don’t see it listed on another site as a variation ,but it does say minor other changes were made, so maybe they considered it not worth noting, as its out of sight.

I am certain its the 6 inch, but will check that


I have heard that some Chev parts fit Ts . This came from a wood wheel with the thin oval spokes so if Chev made that style then possible . If not and Chev parts do change over also still possible as a replacement for a flogged out keyway on the original T wheel


Felt washer is good for catching leaks so less need for modern seals and making sure you remove the wheel every now and then before its stuck hard to the axle and needs a hub puller and a 6 ft. braker bar

I have seen examples of the hub you have. It is original, and yes the felt seal is used in there. It is the same felt that is used in the front wheel grease seal.

Hi As mentioned these came of a veteran wheel but that proves nothing. Any idea that years this was used Thanks