I was reading an article in the May 14, 1914, issue of “Motor Age” a few days ago and found it interesting. It is only a map and three columns so I thought I would post it.

By April 1st of 1914, Ford was producing a 1,000 cars a day but we don’t hear where they went. Ford had numerous assembly plants and branches all over the United States but this is the first attempt I have run across where the registrations were researched while the Model T success story was actually happening.

The author notes some of the possible errors, etc. but it’s got to be pretty close regarding the United States distribution. The map surprised me in that we only had 3,000 Ford cars registered in Texas in April of 1914 and Nebraska had four times as many!

The article can be found here: 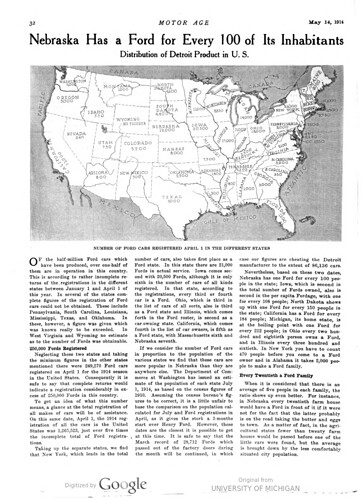 This trend could be a good indicator on what happened in the next thirteen years until the end of Model T production. I would imagine Ford would concentrate on his strongest State markets. 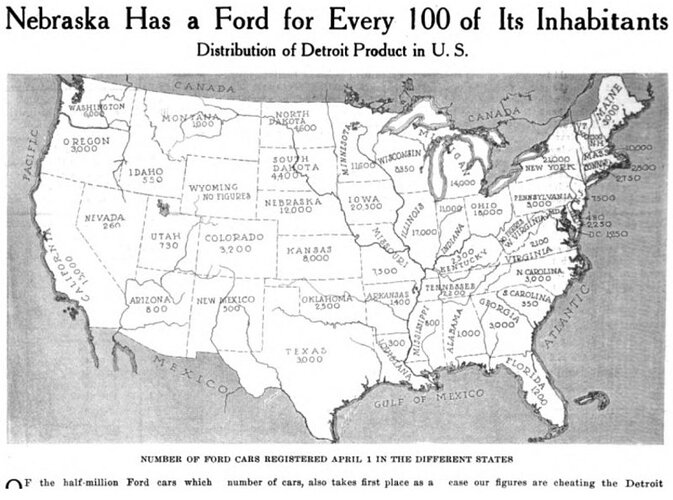 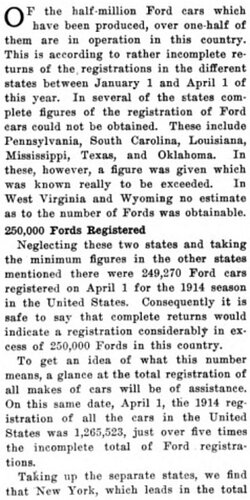 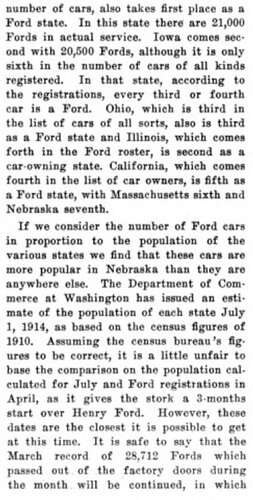 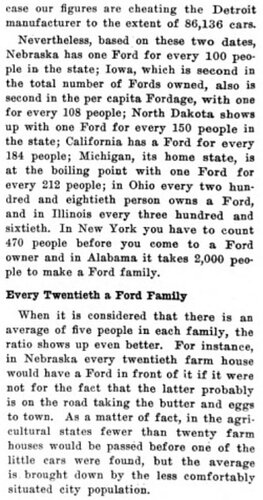 Many states, including Texas, did not have state vehicle registration in 1914. Among those who did, many cars were operated without registration. I would take any such article with a grain of salt. There were not the resources needed to legitimately research those statistics in 1914.

Texas required automobiles to be registered beginning in 1907.
The registrant furnished their own plates until 1917 when Texas began to issue porcelain plates.

It would be interesting to see how close the 105 year old work was on Texas but there is no state breakdown on the 1997 research. 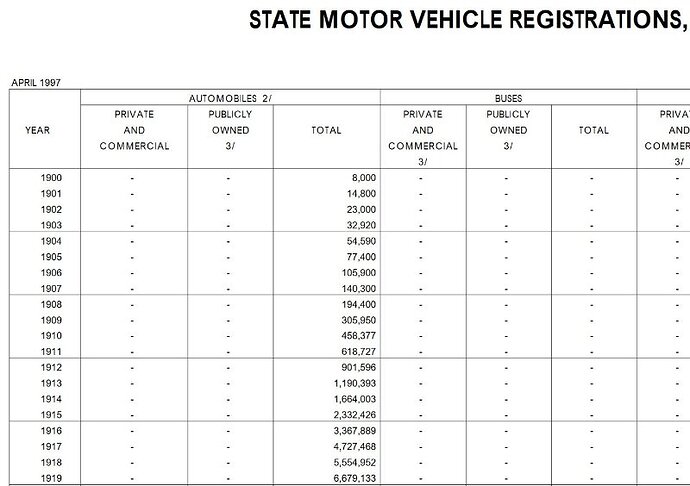