The carbide generato that came with my 11 touring has no markings on it and has miunting holes with 6 1/2 inch spacing. The running noards have three holes punched at 4 1/2 inch spacing. What generator do I have? I don’t want to put three more holes in the running boards, what wiuld you guys do? Also, What bolts are used to hold the tail lamp bracket to the body? Thanks, Art 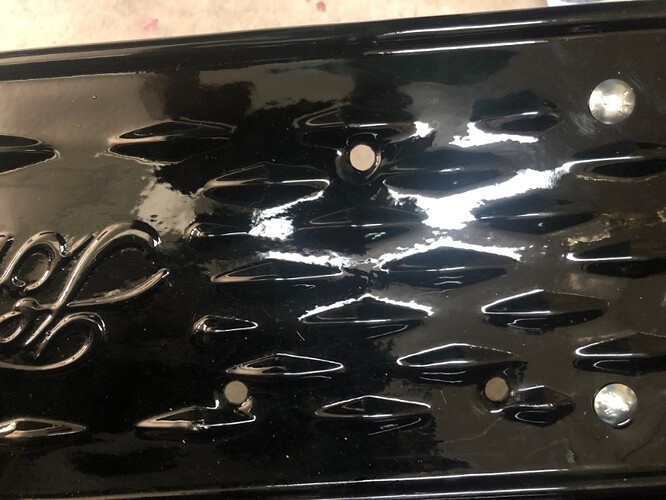 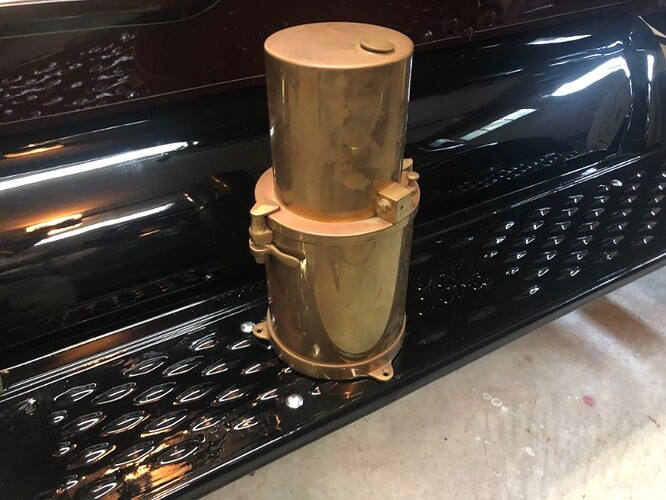 You have a reproduction JNO Brown generator. Your running board has been drilled for some other type of generator. I have the same issue with my 1910. My plan is to fill in the unused holes by TIG welding, then body work and repaint the running board after drilling holes in the correct locations.

Thank you, what bolts are used for the tail lamp bracket? Art

This is an unrestored 1910 touring. The bolts holding the tail lamp bracket are installed opposite of the ones on my car. On my car it has two carriage bolts with flat washers and lock washers and square nuts on the forward side. This same arrangement continued through 1912.

Thank you, what bolts are used for the tail lamp bracket? Art Royce, Is the generator I have that you identified as a reproduction supposed to be functional and am I missing any parts. The pictures show all I have and the controls don’t seem to turn. Thanks, Art

These generators are made by a guy in Australia. I spoke to him and asked the same question. The answer was that the valve is missing one hole so it won’t allow water to pass. You can drill the hole and make the valve functional. He was concerned with liability issues, but there appears to be no reason not to make it work.

Mine moves, yours must be sticking for some reason - corrosion maybe?

Just checked, the holes are for the mounting bracket for an E&J. The bracket has 3 bolts set at 4 1/2 inches. Best John

The three holes John identifies as spaced for an E&J generator bracket appear to be punched.
What is the diameter of those holes?