Howdy -
So apparently, you can’t get age-appropriate mufflers for 1914 cars from the catalogs these days so I was able to locate a cast iron ends for one on Ebay. I got the rebuild kit from Chaffins and read Royce’s muffler rebuild article on this site. There’s a couple things I wonder about.

By the way, not sure why the first photo was in triplicate. 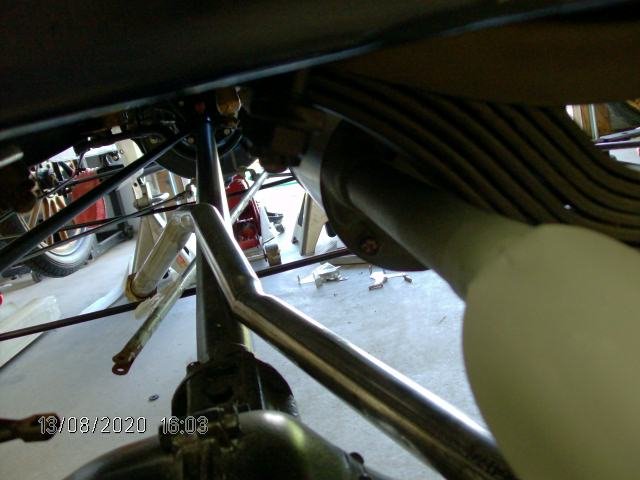 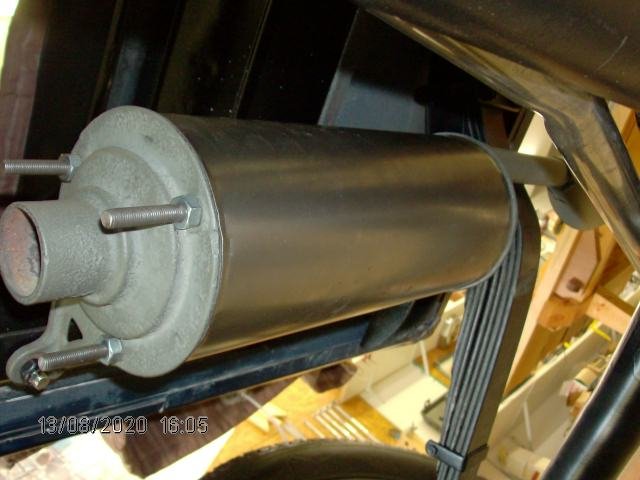 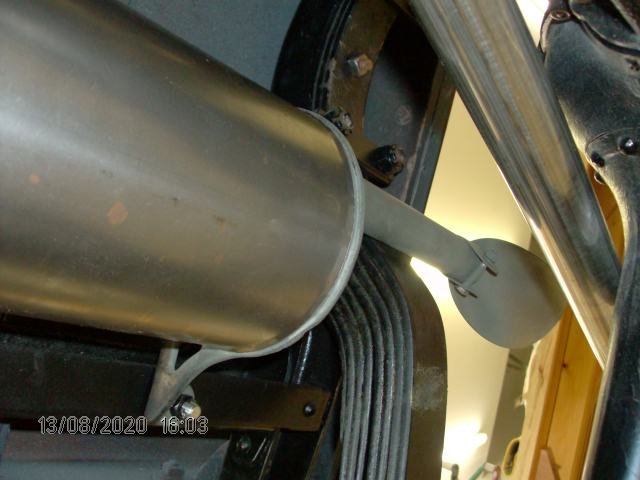 Looks like the car is off the ground? I would expect any bump to make the gap bigger. Have never seen evidence of a spring touching the pipe.

The tailpipe on my touring car has a slight taper to it and is 1" diameter at the end.
When the car is sitting on the ground, there is about 5/8" clearance (maybe a little less) of the rear spring.
It has been that way for thousands of miles with no evidence of touching.

Seven or eight years ago I blew the previous tailpipe off on a tour when the magneto connection became loose to the coil box. Switched to “battery” on the fly and backfired. At the next stop, I checked to see if I damaged the muffler and found the tailpipe gone. Always something! 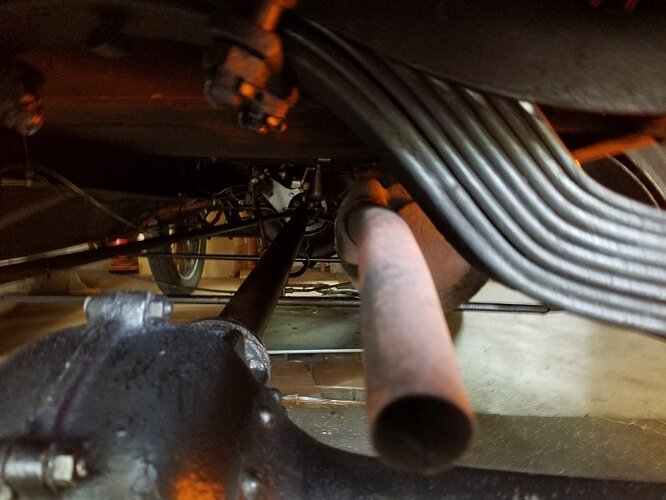 Exactly as it should be. Both the muffler and the spring are securely attached to the frame. Any clearance is plenty. 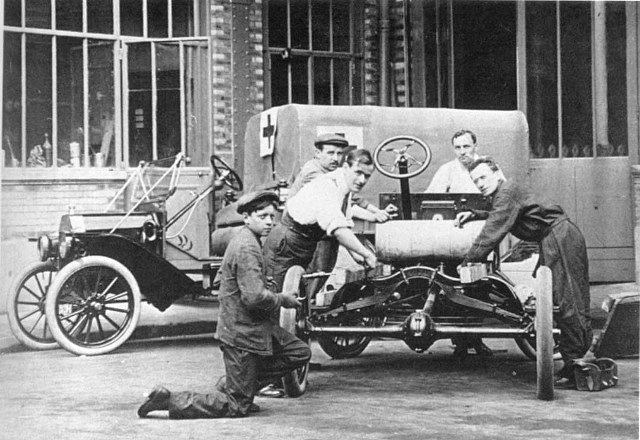 Just noticed you said you installed rubber grommets. Don’t do that; it will cause vibration and ultimately failure of something.

I would expect any bump to make the gap bigger.

I think that’s right but if I inadvertently run over a curb or a pedestrian, there would have to be some rebound flex in that spring, right? It would be horrible to run over a child and find that when the spring recoiled, it had cracked my cast iron tailpipe. So I got some longer bolts and rubber grommets and flat washers an fashioned some “shock absorbers” that might permit a little movement of the muffler and it gets the tailpipe a good 1/2" from the spring.

So here’s the question of the week - am I on the right track here? Will this relieve stress on the attach points or cause more stress? Am I setting myself up for cracks in the mounting points? 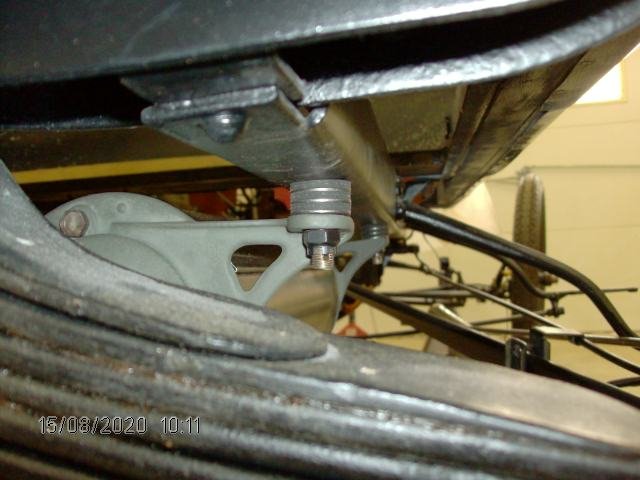 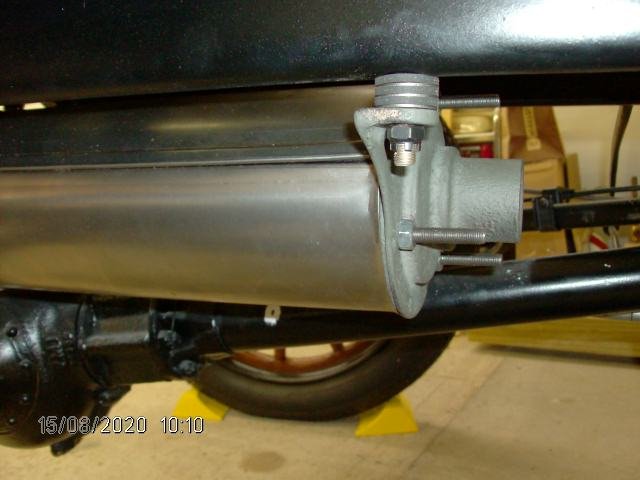 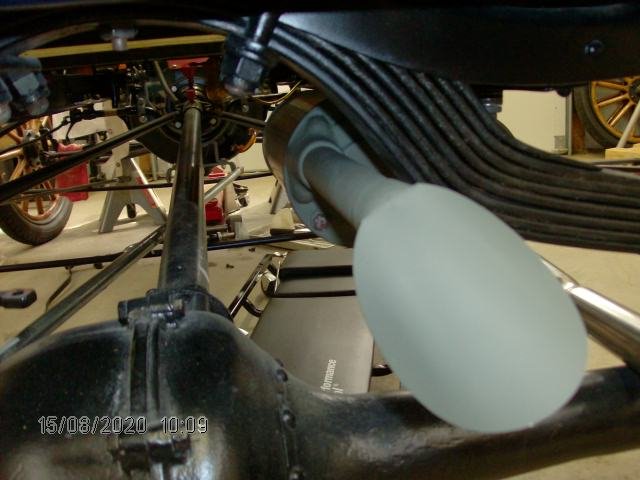 Just noticed you said you installed rubber grommets. Don’t do that; it will cause vibration and ultimately failure of something.

OK, I see we posted at about the same time. Thanks for the picture.

Seven or eight years ago I blew the previous tailpipe off…