I’ve discussed this 1917 Coupelet before, and now it is time to begin its restoration. I purchased this car from Larry Smith, and he provided a complete original 1917 chassis with the car. This car is documented in Bruce McCalley’s book “Model T Ford: The Car that changed the World” on pages 244-247. The story is that the car was owned by two “spinster sisters” who lived outside of Cleveland, OH. The car was updated with a starter at some point in its life and when I purchased the car, it had a 1926 engine and large drum Ruckstell rear end and outside brakes. The car has gone through numerous owners, each of whom made various changes/updates to the car.

Since the 1917 Coupelet was a unique and rare body style, I decided to take the car “back” to its original configuration…I felt this car deserved a “correct” restoration since it had been changed so many times by previous owners. The first thing I did was take the 1917 chassis to the Arizona DMV and get the car titled with 1917 numbers. Next I disassembled the chassis and took the engine to Jim Blair of Tucson for rebuilding. At the same time, I restored the transmission an replaced the field coil with a rewound unit. I also recharged the magnets on the flywheel. When I got the engine back from JimBlair, I assembled the engine and now the engine assembly is ready to be installed in the chassis.

Next, I took the frame and riveted forged steel running board brackets to the frame rails. I also straightened the frame at this time. The frame was powder coated black and is ready for assembly. The fenders, splash shields and running boards, which appear to be original to the car, were removed and sandblasted. Body work on the sheet metal will begin soon. The wood felloe wheels were re-wooded by Stutzman’s and all of the nickel plating has been accomplished, including the rare “high F” hubcaps. Finally, the steering column has been restored and ready to install.

The upholstery and top are in excellent condition and was redone while the car was in Washington state. The body will be removed soon and body work will commence. I’ll make updates to the restoration as progress is made. 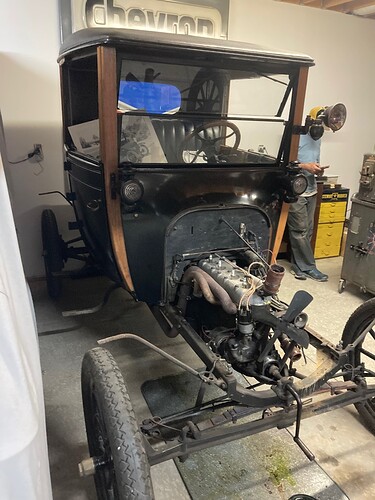 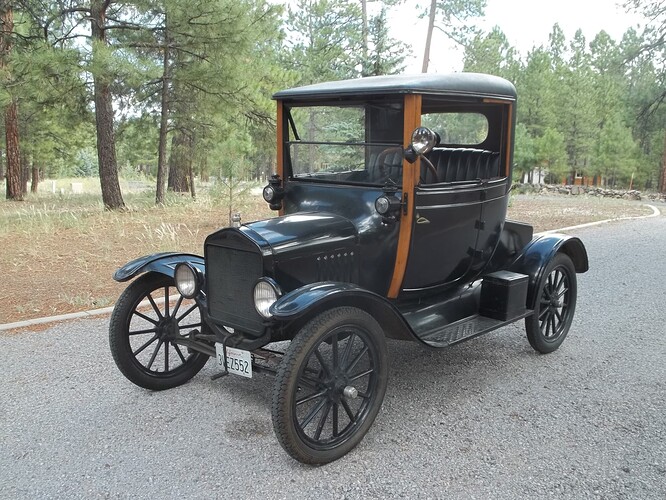 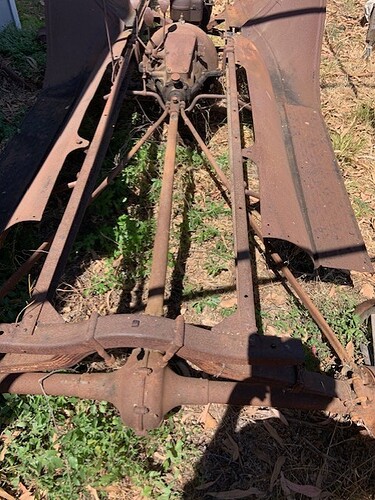 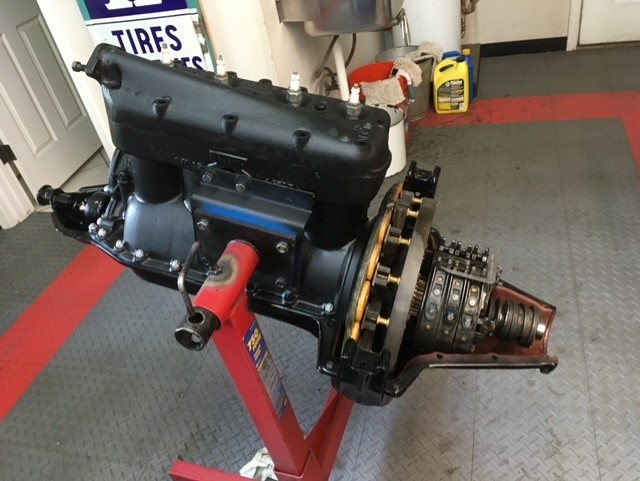 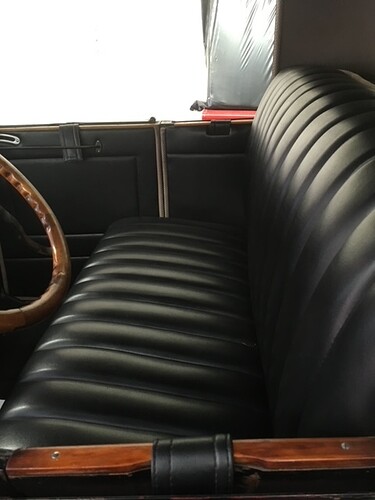 The original chassis has been disassembled, and the engine has been rebuilt and is ready to install. The interior is in great condition and will not need to be replaced.