Day 0 report - Got to the holding lot around 3:00 PM yesterday. Lots of T parts and lots of vendors. The weather is cold and breezy, pretty normal for March in Oklahoma. We moved into the South Building about 4:00 PM. Lots more vendors than 2019! I did not take any pictures but will today. Looks like it will be a very successful event.

Good to hear! After a year at home for most vendors, I suspect any events that are held this year will provide a bounty of parts seeing the light of day for the first time in years! Happy shopping!

Cute little 1911 Maxwell runabout was for sale in the South building. Sorry to report I was too busy selling and was only able to take a quick walk in the one building around 4:00 PM when many people had already left. 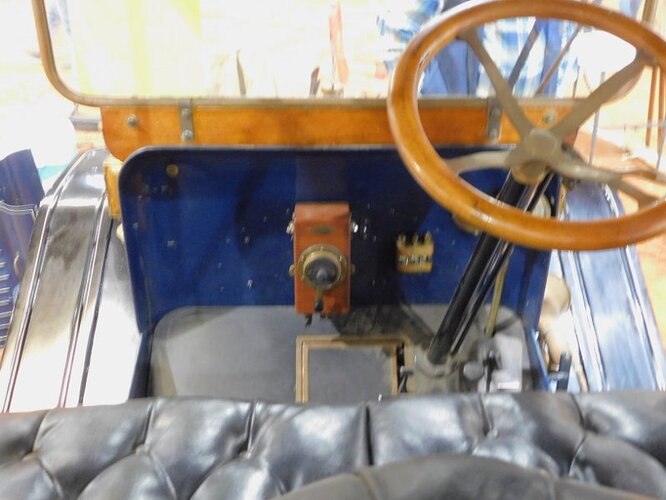 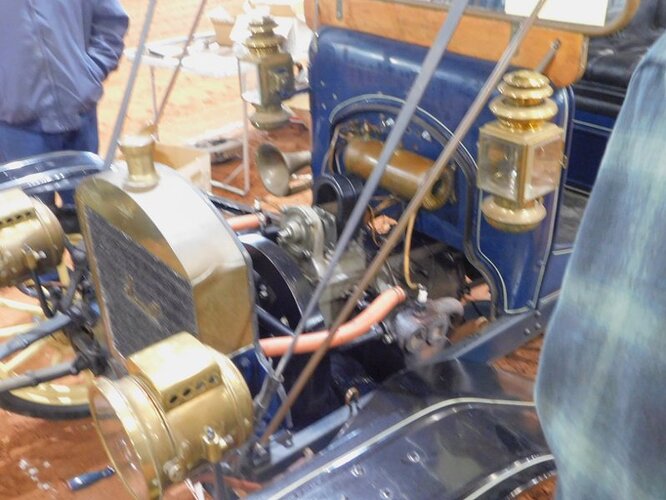 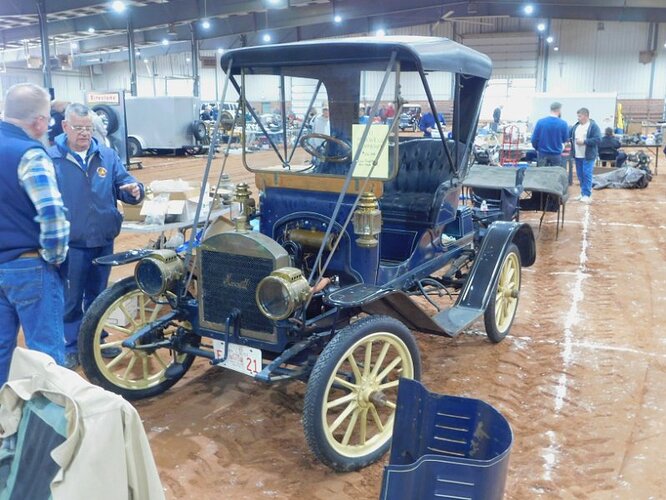 This 1927 T roadster had a lot of non - factory chrome plating added and was for sale. 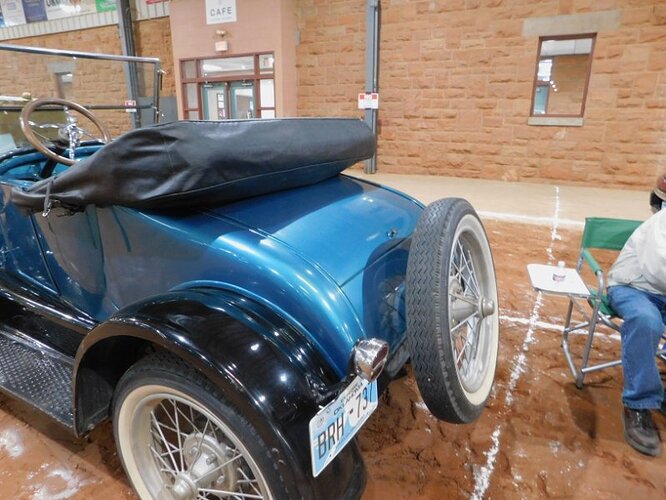 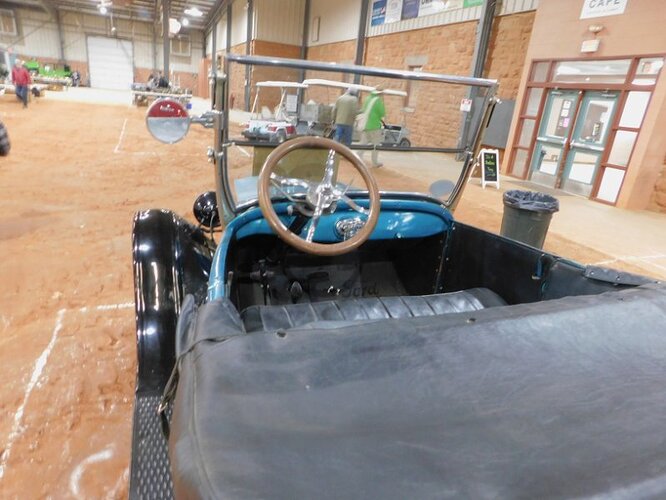 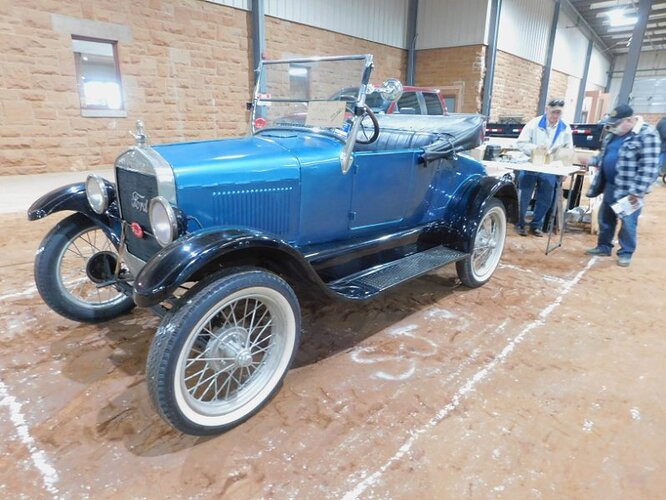 This speedster was for sale. It had sort of a modern - ish vibe and a RAJO 2 valve head. 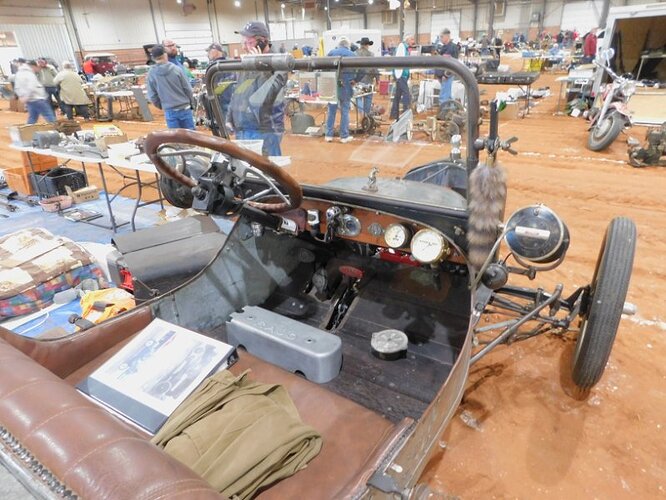 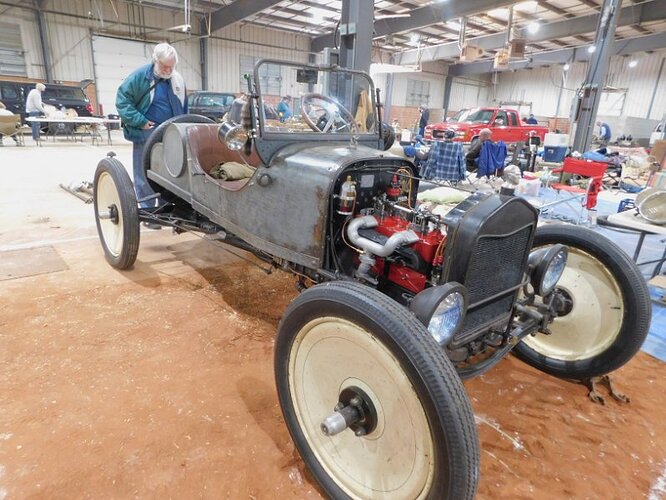 Some folks were in the running for most rusty junk brought to the meet. 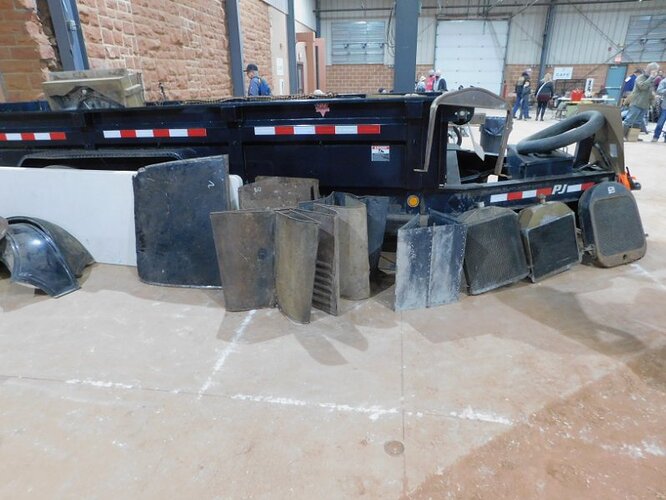 Model T Haven was in the running too. 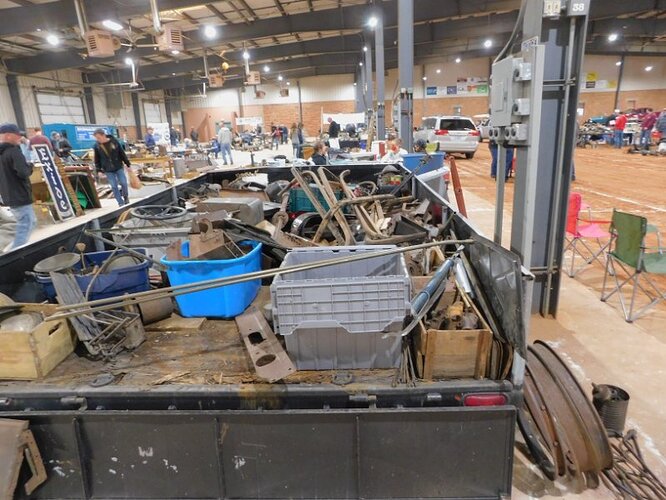 This speedster was for sale. It had sort of a modern - ish vibe and a RAJO 2 valve head.

This was a Model “A” project someone started on but never finished. The rumble seat - or is it a dickey? - looked snug for one adult. 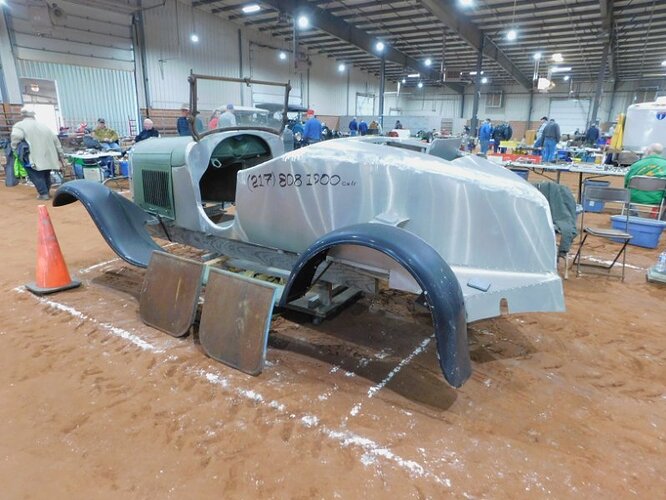 A '27 Chevy and two Model T Ford speedsters made for a fun group!

This lovely '28 Model A roadster was there. It was a very high quality restoration. 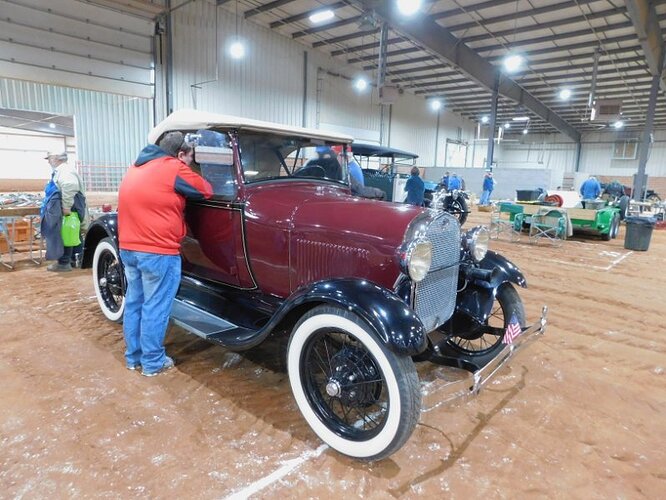 This 1914 Cadillac touring was impressive and large. What a great ride! 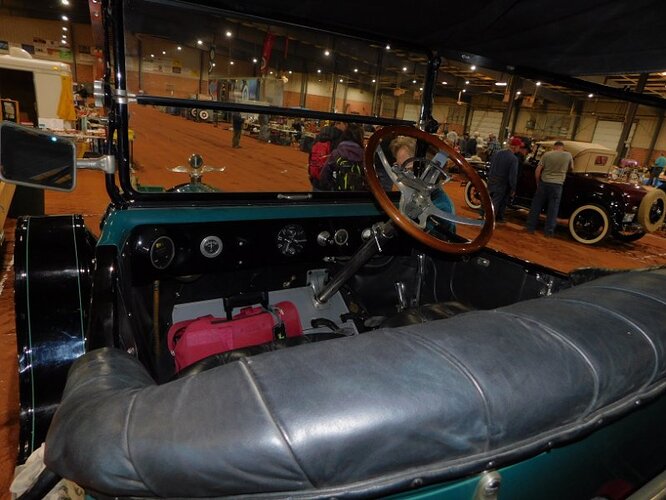 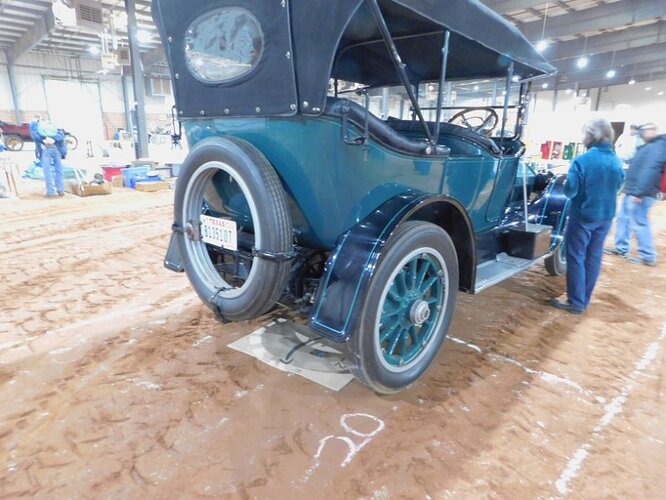 Mel Draper was there for the first time since 2017. He had a lot of lovely leather hides and several sets of wheels that were restored by Stutzmann’s Wheel Shop in Baltic, Ohio. We were glad to see Mel back again and looking to be in fine form. 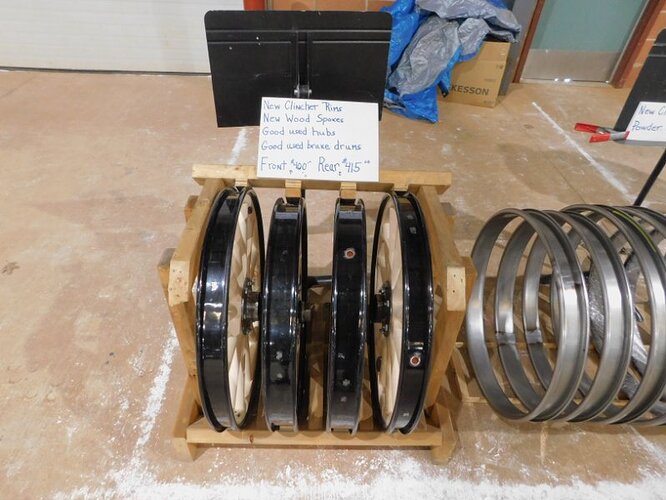 Great pics! Glad that the event was a success.

You don’t see these every day. 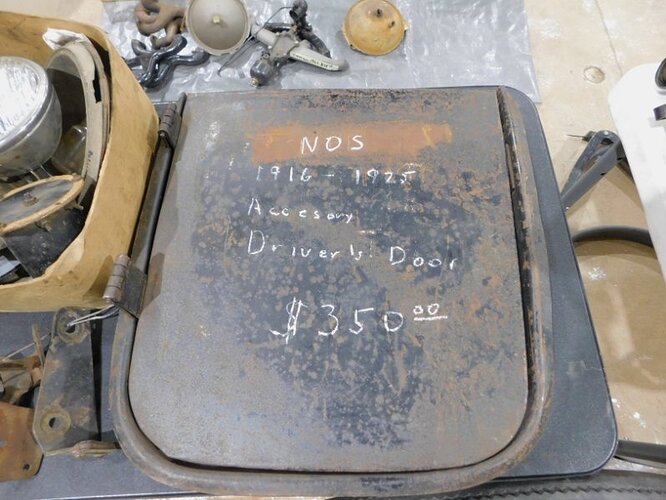 1928 Chevrolet panel van was mostly restored. I did not get any good pictures of the cargo area. It had a bench down each side that was probably made short and small for children. I suspect this was originally a school bus. 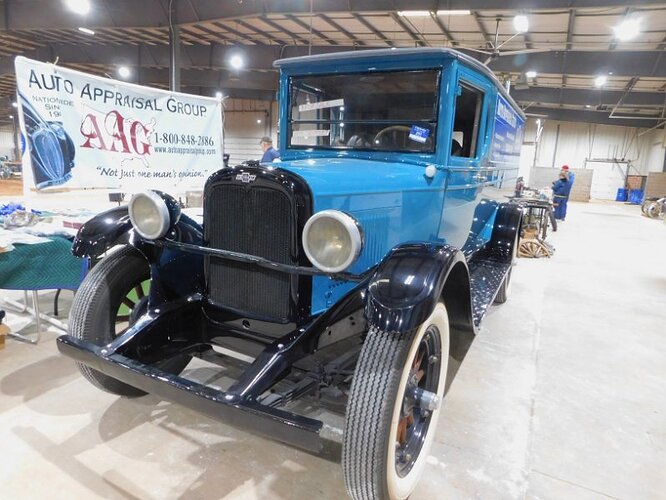 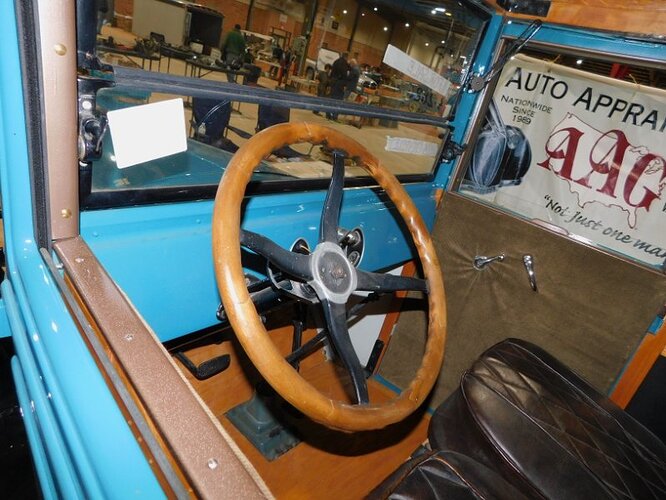 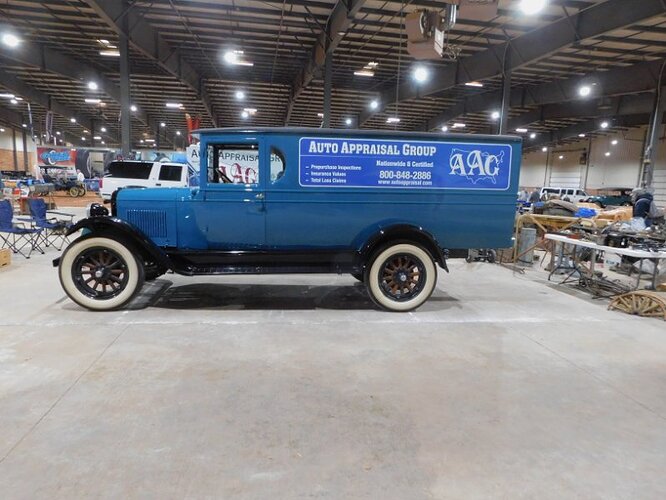 More shots inside the South building. I went to the North building today and was disappointed to see it was nearly devoid of vendors. According to one vendor a lot of people did not have a vaccination yet so they paid for their spaces just to have them for next year. Meanwhile the West outdoors area was nearly full. 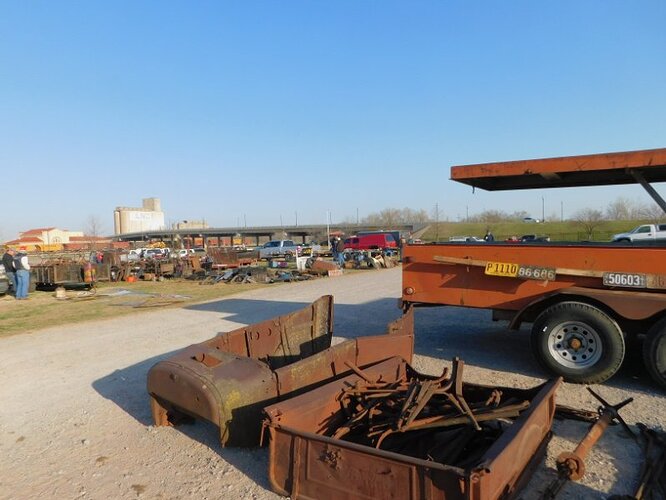 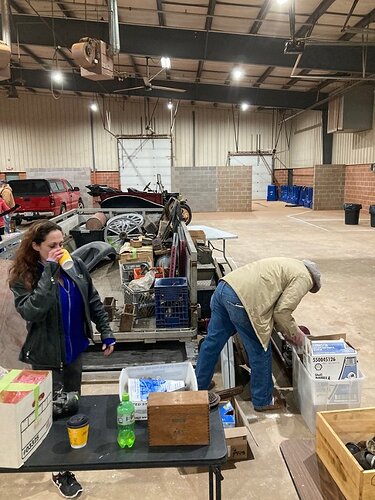 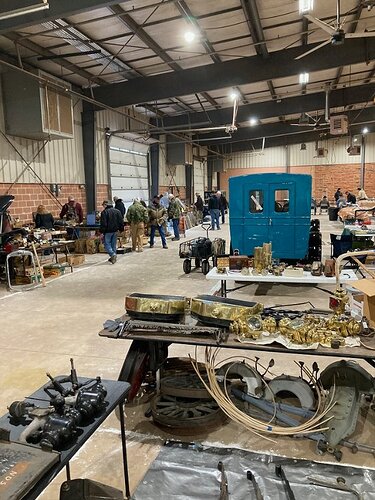 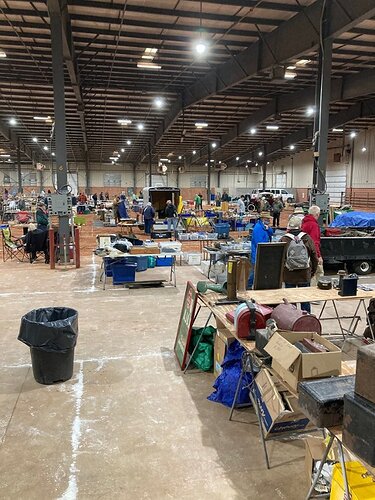 I only bought a few things. One of them was this handy attachment that connects to an ordinary garden hose. The elixer inside is guaranteed to tighten and restore loose wood wheels just by spraying the substance / water mixture on the wheels. Seems like my wheel troubles are over! 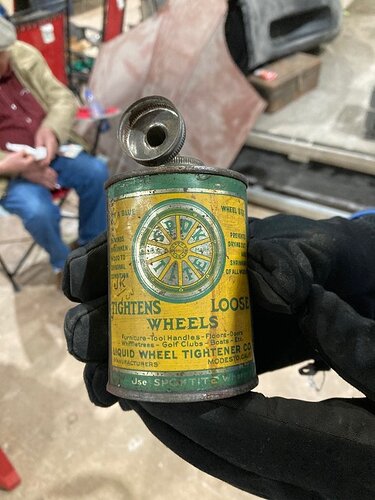 As usual we had to take a parting shot of our group. L - R Robby, Anna, Arrdeen, and me. 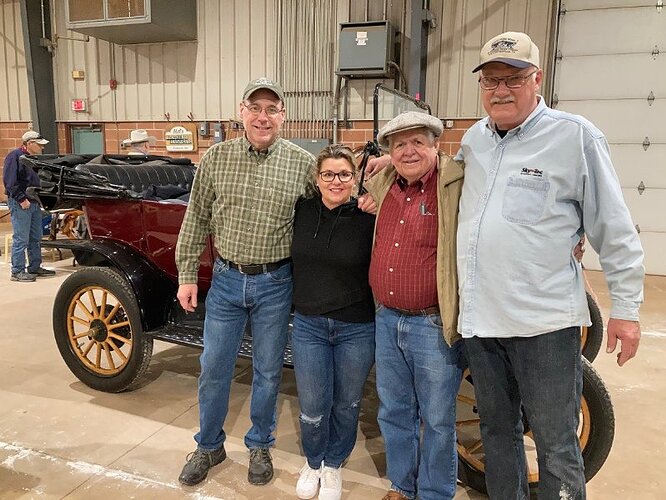 The speedster with the four-valve Rajo looks like Donnie Brown’s car !? I didn’t think he would be selling that one?