We decided to go on a HCCA tour this year. We had hoped to have the 1910 Model T touring ready but plans were changed at the last minute because it just was not ready for the trip.

The first day of the tour was Monday, but the first activity planeed was a combination car show / swap meet that happened yesterday. There were about a dozen vendors. I was there around 7:00 AM and got to see some of them setting up. While I don’t need many things to add to my already breathtaking stash, I did manage to buy a set of Kevlar band linings. 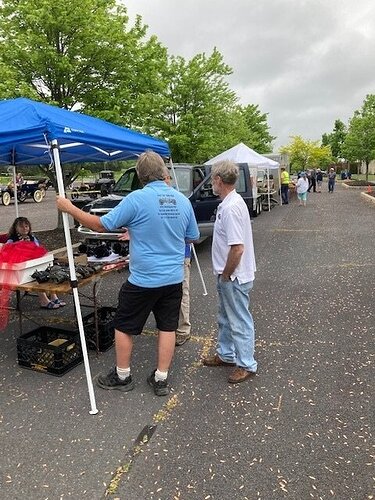 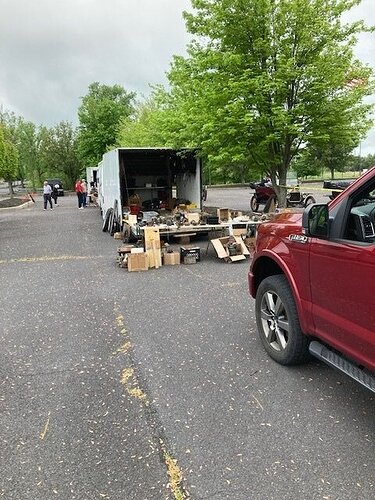 On the car show side of things, the group consisted of about 35 cars towards the end of the show. It started small. The top photo shows a large 1912 Maxwell (left) and a 1909 Buick (right.) 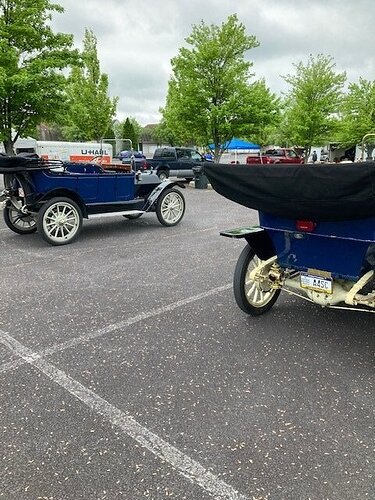 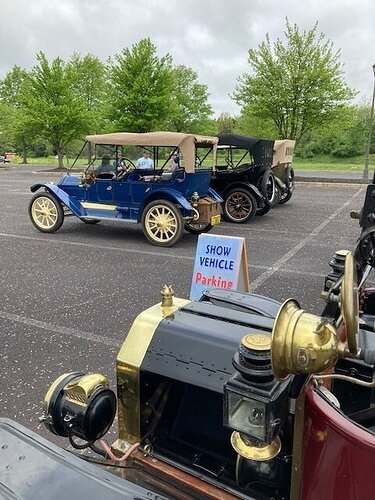 Something you don’t see every day - a nicely restored 1912 REO touring. It was fabulous. The little 1912 Buick Model 33 runabout next to it was nice too. 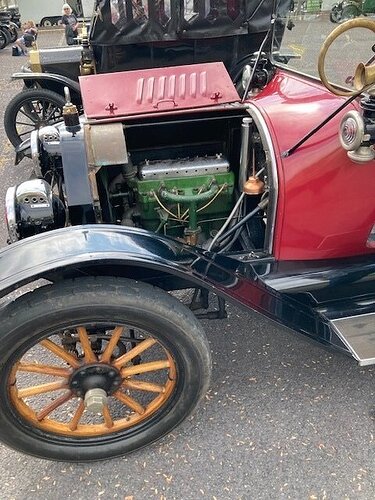 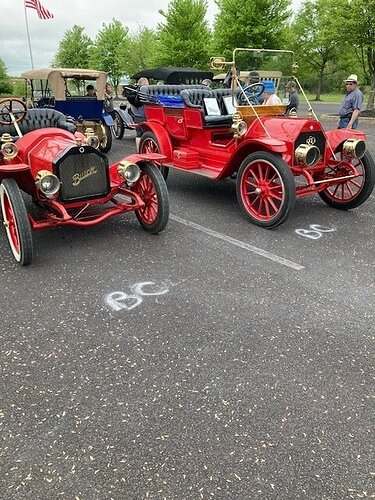 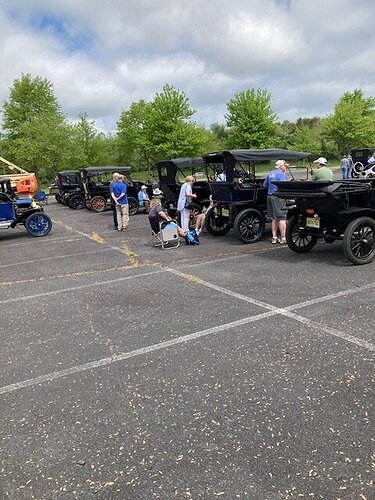 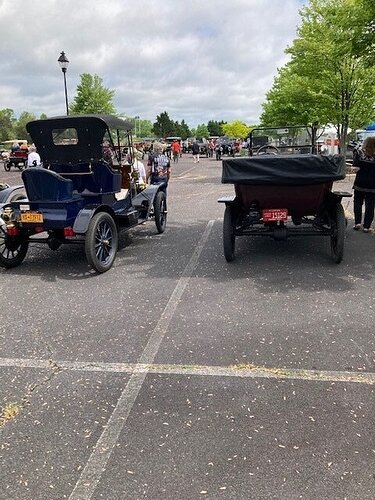 I looked at this one from a distance. Could not identify it. As I got closer I realized it was a 1913 Velie. A fabulous car with sme really great ideas. They were made from the first decade of the century until about 1928, then the founders both died and it all stopped. Notice the electric cowl lamps built into the firewall. 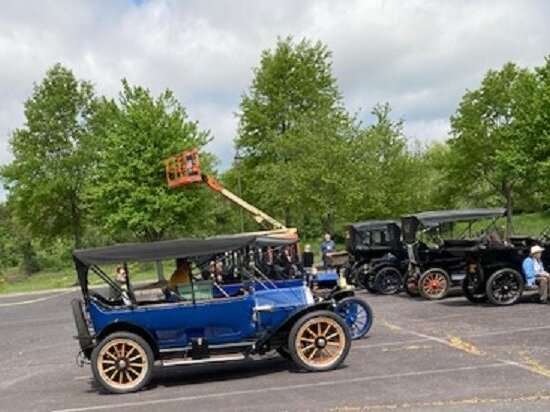 Good ideas abound on a Velie. Notice the radiator supplier. 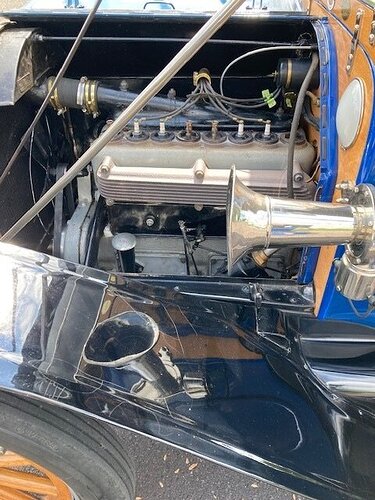 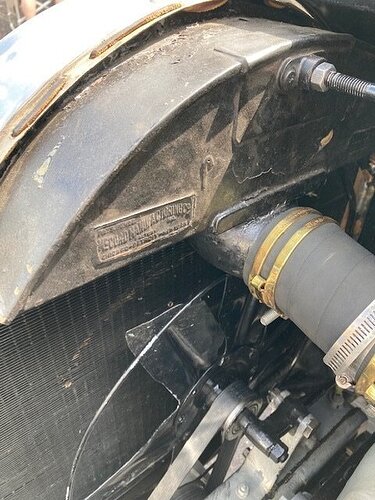