According to McCalley’s data in 1917, 3 trucks were produced.

According to a period automobile publication the experimental trucks were being driven around Detroit. Of interest to those with and with out water pumps, the article stated the block may have some modifications to improve cooling.

It should be noted the time was 1917, the United States declared war on Germany on April 6, 1917. Up to the entry, American manufactures were supplying allies over seas, who were fighting the war with Germany for 2 1/2 years. And what better to haul material than a truck. 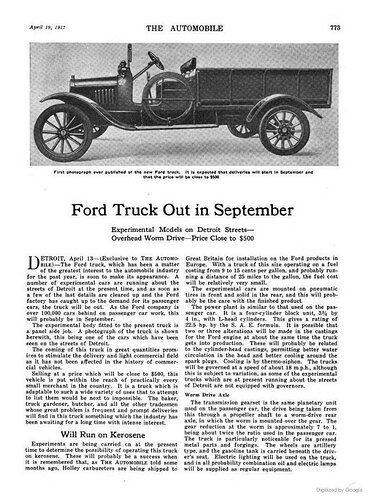 Interesting, I have never seen this previously. Regarding the TT truck I do not believe many were used in WW1. The US Army ordered primarily Pierce Arrow trucks. Ford did receive a large ambulance order but they were based on the regular Model T chassis, not the TT.

I read over on the dark side that it was 1918 that the three experimental trucks
were built to test public response. Not so ? I guess this begs the clarification of
when actual public sales of TT’s began.

As I understand it, they remained a cowl/chassis only item into 1922, or was
it 1923 ? … when Ford began offereing the factory C-cab.

The closed cab was first available for 1924, correct ?

Both were available until the end.

When was the “Ford Truck” flatbed first offered ?

Pretty much the ultimate refinement in TT’s before they moved on to the A platpform,
January 1926 build factory closed cab with “Ford Truck” bed: 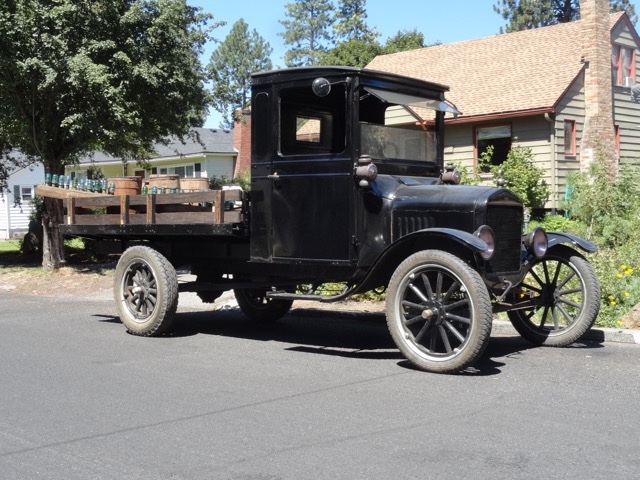 Not being a Ford TT expert, but one who enjoys research, I came across the following two entries from 1918. A year after Ford introduced it’s truck. The context of the articles in the auto publications indicate that up to WWI, Ford Autos were adapted, without side suppliers, to be ambulances, trucks, delivery vans, jittneys.

After 1918 the interest came about to improve both the new truck chassis and to improve the carrying capabilities of the converted automobile to a truck. 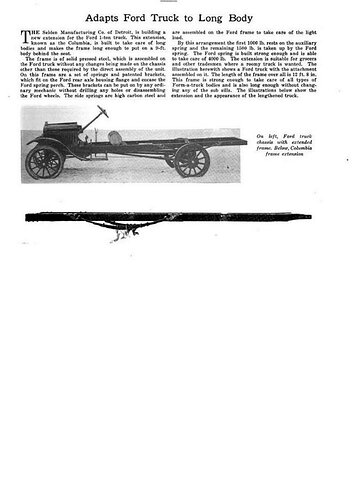 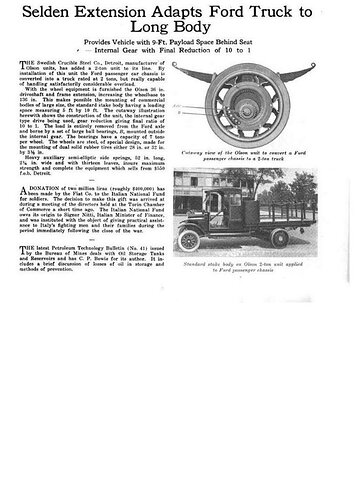