What size freeze plug should I ask for at the local AutoZone ? The engine is a '23.

I always just use a nickel. Punch the old one out and then form a nickel over the end of a small ball peen hammer. Glue it in place with JB weld, and of course tap the center of the nickel freeze plug to expand it in place. 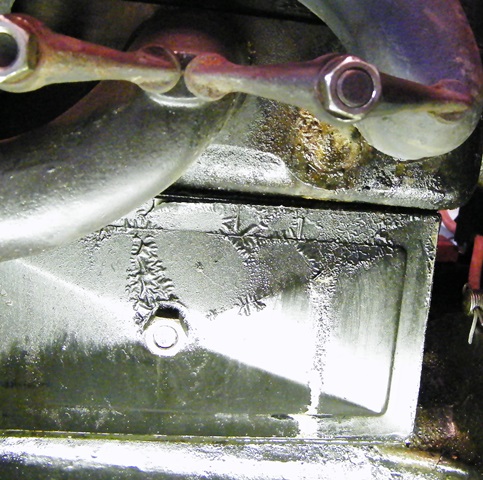 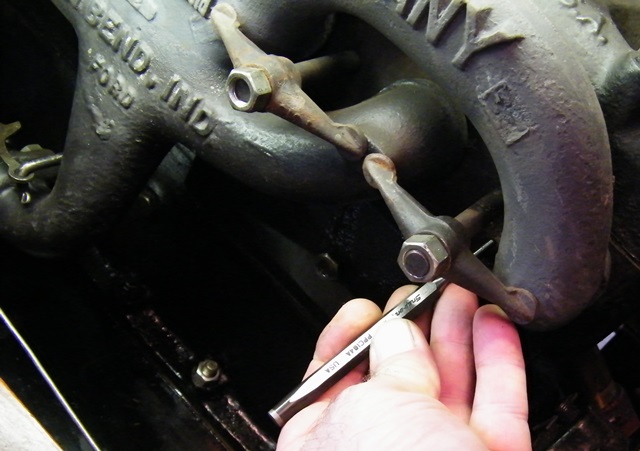 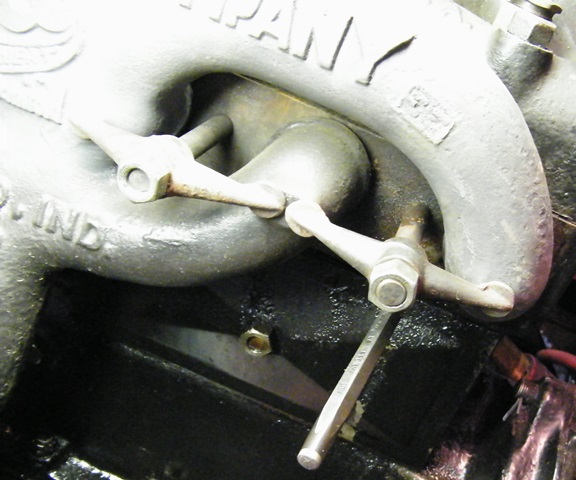 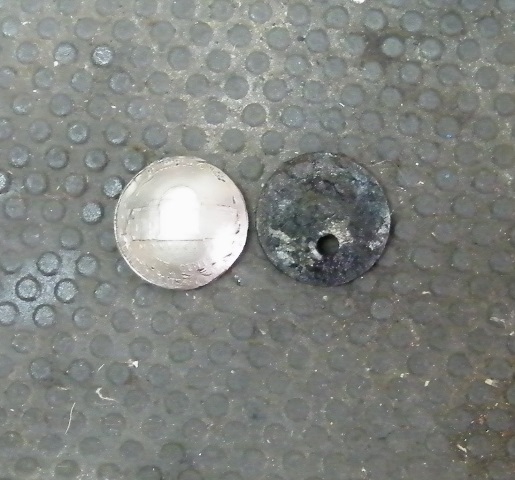 The correct nickle for your car would be a 1923 Buffalo. Thsy should be readily available at most coin shops.

Here’s how I do mine: http://dauntlessgeezer.com/DG87.html

What size freeze plug should I ask for at the local AutoZone ?<<<

Hey Tom, you can get nickels at the AutoZone.

Thanks to all who had helpful advice for me regarding the freeze plug issue. Some of it reinforced thoughts and ideas I already had and other items kept me from trying to reinvent the wheel.

This fiasco all started with a blown exhaust manifold gasket on the T coupé, which I was living with. We were on our way to a cruise-in when the engine started misfiring. I thought the problem was that I had filled the manifold cooker too full of water for the sausage, new potatoes and green beans. Folks always seem to get a kick out of the cooker. Pulling into a side street it was quickly determined that there was water coming from some place it shouldn’t be. Luckily we were but a block or two from home so it was decided to put the coupé in the barn and fire up the roadster to take us to the cruise-in.

Upon returning home it was determined that the water was coming from the front freeze plug. I know for a fact the plugs have been in place since 1958, probably longer. So there’s probably no grounds for complaint.

Removing the manifolds it was apparent the source of the exhaust leak. The gland rings had given out. as well as allowing the manifold to warp just enough that all six new rings wouldn’t mate the manifold to the block. There’s a rebuilt engine awaiting gumption on my part for installation so in the meantime I gambled on the cheesy “paper” gaskets for a stop gap repair. Gambled and lost. Big time. An order for a new manifold and related items was placed and quickly filled.

In the meantime the faulty freeze plug was extracted using an implement sometimes referred to as a fingernail. I played the nickel for a freeze plug gambit, but lost money because it took several tries to tweak the dimple just right. I finally used a ball bearing from a CV joint and the vise to fine tune the shape. Having cleaned to hole for the plug, some hi-temp anaerobic gasket maker was put into the groove and the nickel pressed in place using a socket and an appropriately sized Ford wrench, called a hammer by some.

Having determined the nickel, um, freeze plug wasn’t leaking attention was turned to reinstalling the manifolds. It would make the alignment job easier if the rings were a bit larger so as to hold the compression gasket and go into the respective recesses as well. I open them up a bit making the fit a bit tighter and only pushed the ring into the manifold half way. A few dabs of high temp RTV which were allowed to cure overnight held everything in place making alignment/installation relatively easy. Two manifold clamps from which an ear had been removed held the exhaust manifold in place perfectly while the intake was situated. The clamp trick was gleaned from a forum post.

So for now it appears Ol’ Turbo is back on the road and set for some winter driving. Again, mercy buckets for all the input. I personally don’t know much, but fortunately I know a lot of folks who do.

p.s. Ol’ Turbo is pictured in the post your car section. 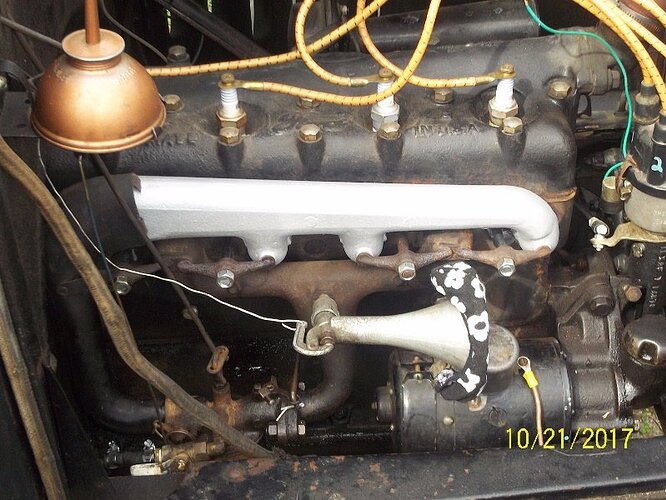 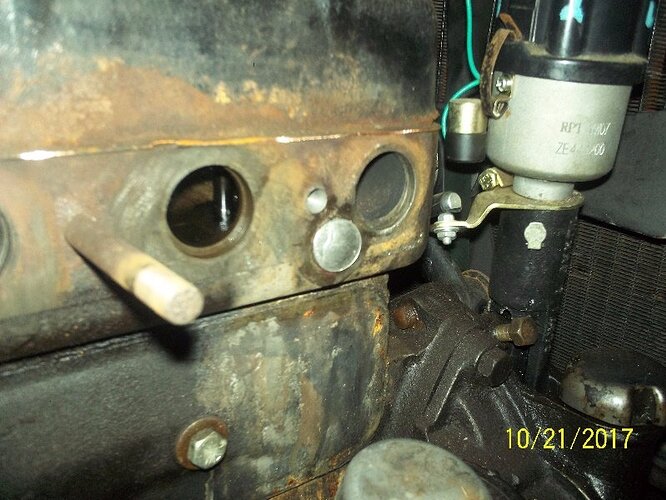 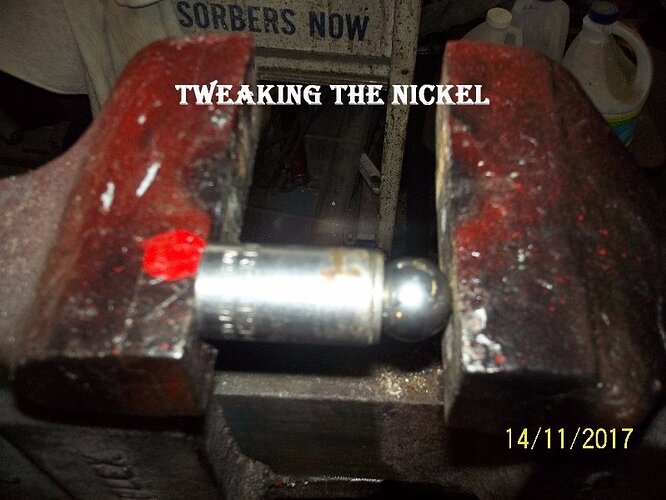 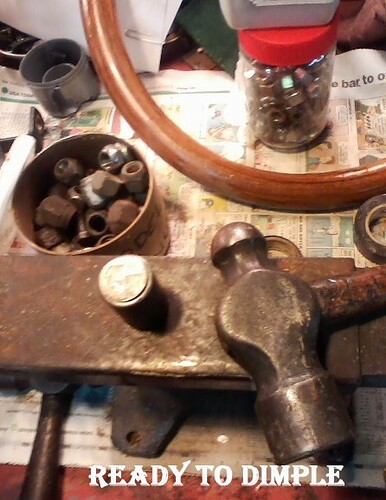 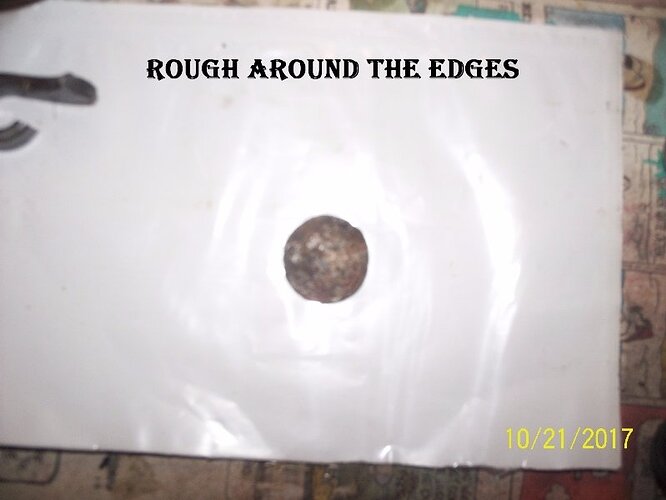 I hope my memory is ok on this, but everyone seems dead set on using nickels! That is fine for a roadside repair, but I would rather use a standard freeze plug, which I believe is called a welch plug. The size is 13/16.

I tend to agree with you about the nickel. I wasn’t on the side of the road but I had S.W.M.B.O.'s (She Who Must Be Obeyed) spot in the garage tied up so I was under some time constraints. In case they’re needed I have since ordered some plugs from Snyder’s. I forget Snyder’s number but the manufacturer’s stock number is Dorman 550-008.

Elsewhere, I think we know a varmint in common - one Sam Bonar. He has helped me out in more ways and times than once. We live about 20 miles apart.