I am trying to identify the model year of the Fordor in these pictures. The pictures were taken between Nov 1926 and Feb 1929 in the Los Angeles area. I was told some years ago that the Fordor began in 1922 and stopped in 1927. I was also told that in 1926 the gas tank was moved from under the seath to under the cowling in front of the windshield. In these photos there does not appear to be any cowling air vent or gas filler. The wheels appear to be wood and the tires are a mystery as they don’t look black. The pictures are B&W but scanned in color to show the aged sepia tone. 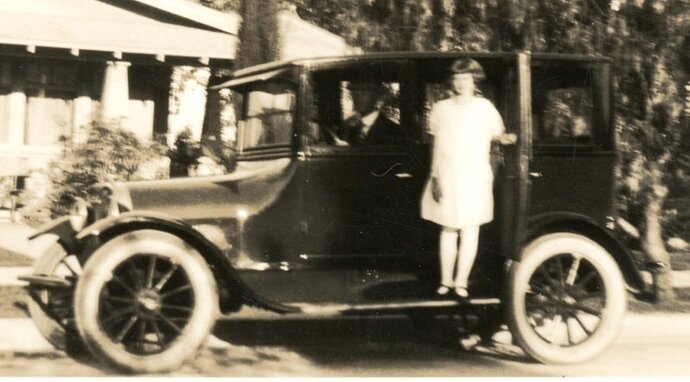 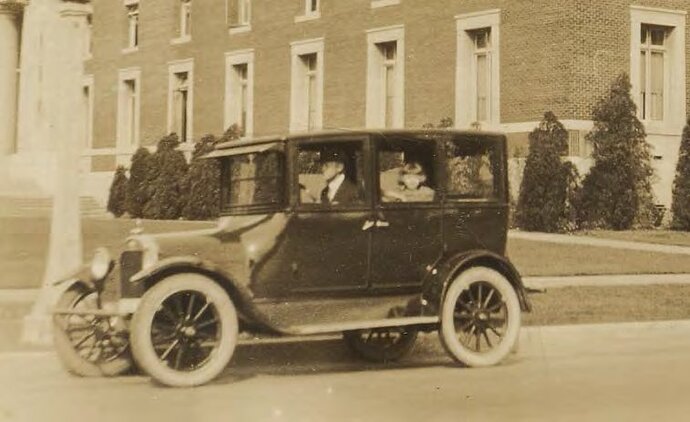 Many things make it obviously not a Model T Ford. The fenders are all wrong, headlights unlike any Model T, very different radiator / grille shell. It is larger than a Model T, but not a big expensive car. There were so many makes in the early 1920’s that it is hard to know which one it is.


Thanks for your reply. I would be interested to know your reasons for it not being a Ford. I have done some comparisons with the Dodge. I see one difference that tips towards it being a Dodge and that is the Dodge has a square lower rear corner to the rear side window whereas the Ford has a slight curve in that lower rear corner. My pictures would indicate a square corner. However, I cannot find any Dodge between 1933-24 except the touring that has the windshield split in the middle. Most have the split about 1/3 up from the bottom. Some have no split at all.

I think I figured it out. It is a 1922 Chevrolet 490 sedan. Note that Chevrolet did not provide bumpers in 1922 (nor did Ford). The four lug demountable rims are another clue. 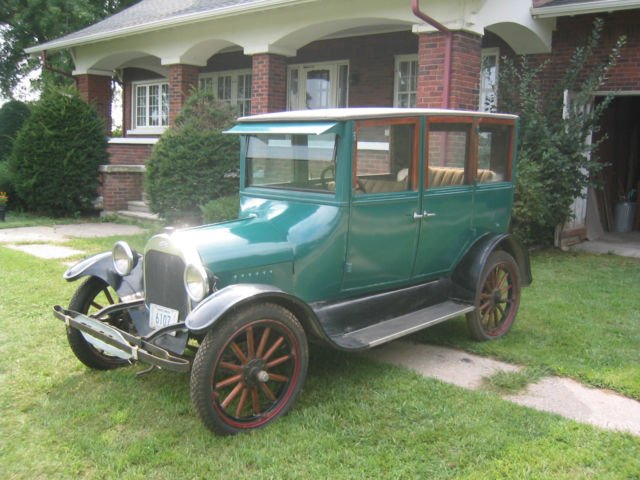 Thanks very much for that. I was looking at the 23-25 Chevrolets and they didn’t fit because in those later mid-20s the Chevy hood was higher resulting in almost no slope to the cowling. So, the person who took the picture, my mother’s great aunt and her husband driving, moved to California from New Jersey in November 1926. This means that they bought a used car since they never had a car in New Jersey. My mother is of course the young girl in the photos. In the photo at Exposition Park in front of the Los Angeles Armory you can see a slight dent in the front fender at the 2 o’clock position. The uncle was noteworthy for not being a skilled driver. It’s interesting how similar all the cars were back then. Thanks again. All the best.

1922 - 23 was an interesting period of time for Chevrolet. They tried to introduce their disastrous copper cooled engine and almost failed as a GM division in the process. More here: