This is my Canadian 1913 model T Ford touring. This car was sold new in the fall of 1912 in Tavistock, Ontario. My grandfather purchased it from the family of the man who bought it new, in 1956. John Hormon bought this car in the late fall of 1912 but did not put plates on it until the spring of 1913. My grandfather paid 600 dollars for it in 1956! It was still a very decent original car when he bought it. My family enjoyed it for about 3 years, the last plate on the car at this point was 1959. The car was in dry storage until 1989, when it was moved from where it had sat for 30 years, to a new storage area, until earlier this year. The car has now been transferred from my grandmother to me! The car has seen less than 10 miles of road since 1959. The odometer shows 15.5 thousand miles since new.
On a side note, when my grandpa got the car, they took it to a major car show in Toronto for the Canadian National Exhibition. The car presented itself so well at the time, they covered it with black shoe polish and won 1st prize for the most original Ford! I still have the trophy.
In 1929, the car was used for John Hormon’s daughter’s wedding. The car must have been used quite a bit before this as the 1929 photo shows significant changes to some of the car’s parts. The car still has it’s original engine serial number B 872. The photo shows that the engine pan has been changed, as well as the rear end. When I got the car in July, I had two other model T restorations under my belt. A 1926 roadster, and a 1915 Canadian touring car, plus my 1905 Queen. To get the car running did not take much effort. Before I started cranking my guts out, I did some preventative maintenance. Correctly rebuilt coils, good timer, new wiring harness, rebuilt carb,etc…
The car starts & runs quite good! Will start easily on mag. I will still go through it later in the winter so I know it will be as reliable as my other two Fords were, and my 1905 Queen.
I would like to share some things about this car that I feel are interesting. I feel this car is (basically put), a 1912 running chassis, with a 1913 body on it. However, some other items on the car had been missing. The original carbide generator was always missing on this car, even when I was a little kid. It always had a Prestolite tank mounted on the running board. There are three holes in the running board for a generator so I’m perplexed as to what model it may have had. A typical 1913 generator (to me) has 4 holes to mount it.
Other item on the car that show it’s 1912 characteristics are: All fenders,running boards, & splash aprons. Steering column, speedometer ( a Stewart model 26 all brass) horn (Nonpareil double twist), & all lights ( Jno Brown model 19 headlights, E&J cowl & tail lights). The engine(according to what I’ve found out), transmission cover and inspection cover.Interestingly, the horn assembly resembles what would have been used on the outside of a 1912, but runs along the inside along the bottom of the driver’s door ( a Canadian thing, EH?) and bolts onto a special plate mounted on the door. This has a wood frame behind it to screw it to. Oddly, the car has a proper Canadian marked 1913 coil box which takes the standard KW coils. I also still have all the original side curtains. The whole wind shield perplexes me too being all brass and having brass supports.One of the top irons was changed prior to 1929, the vertical one right beside the driver. It has no detent forgings to interlock with the other irons when down. You can see it in the photo! To this day the bows, their cloth wrappings, and the top straps are all original, only the top material has been changed…long story there…

Well, that’s all for now

Thanks for reading and I hope you enjoyed my little story 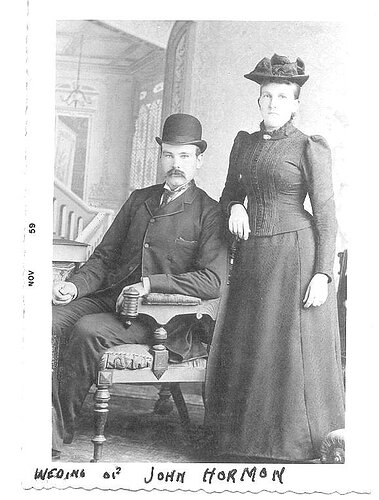 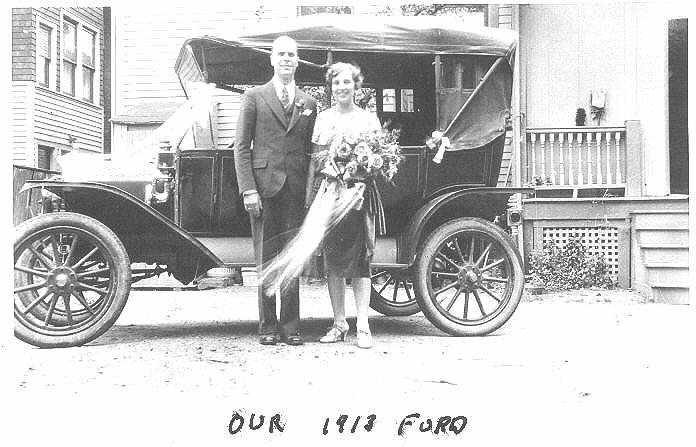 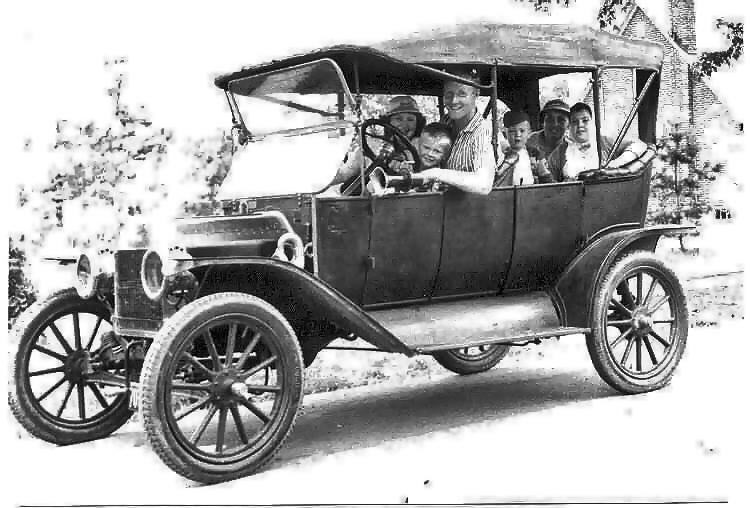 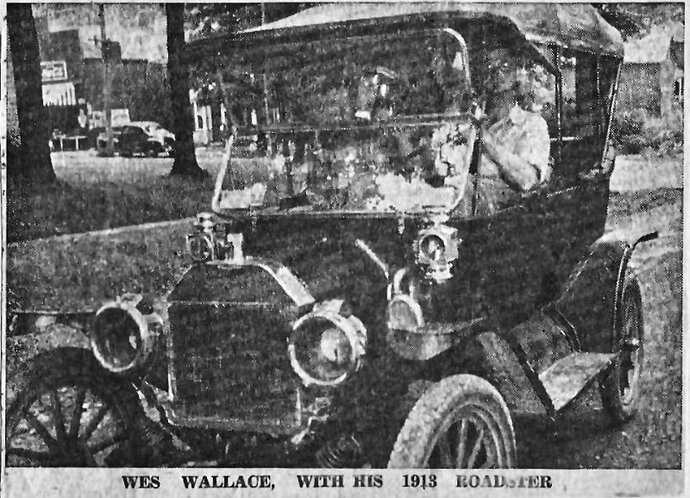 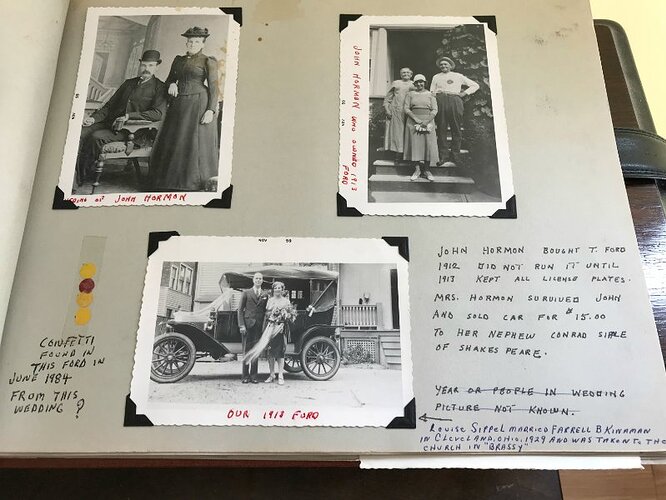 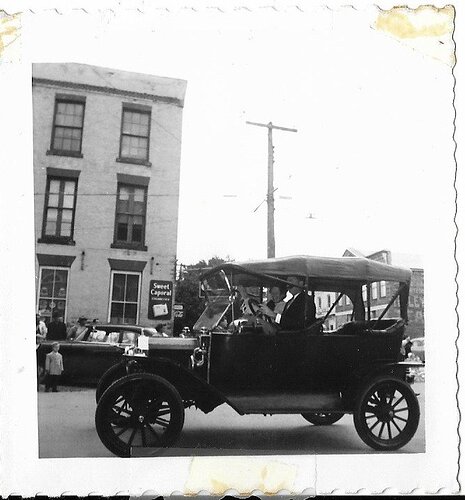 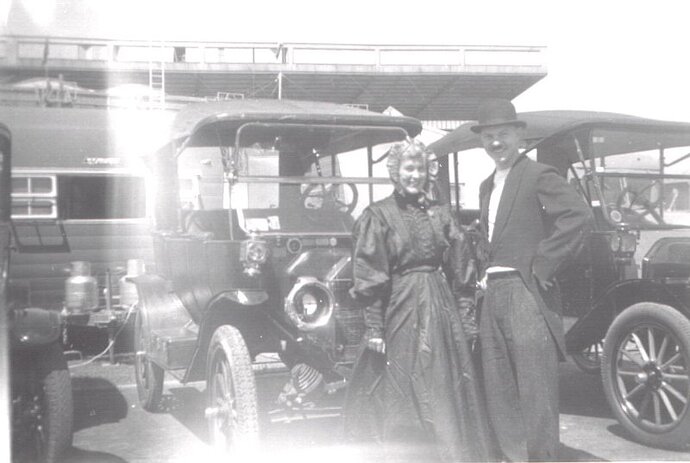 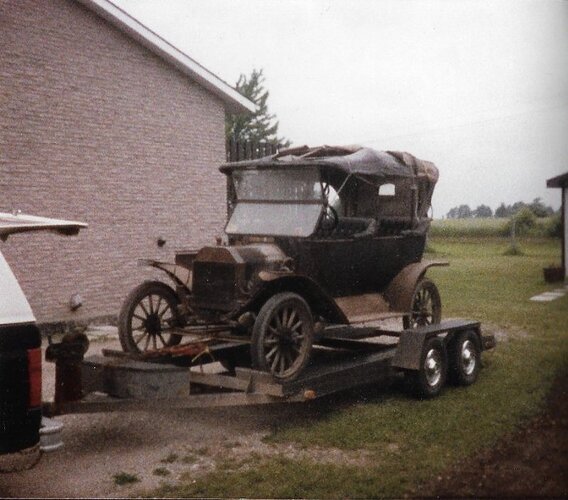 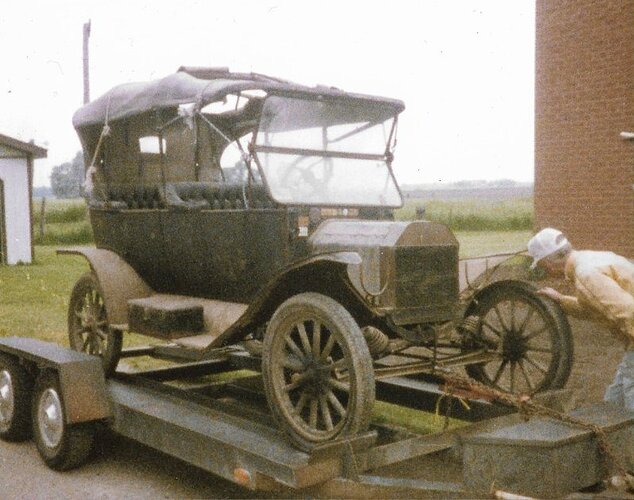 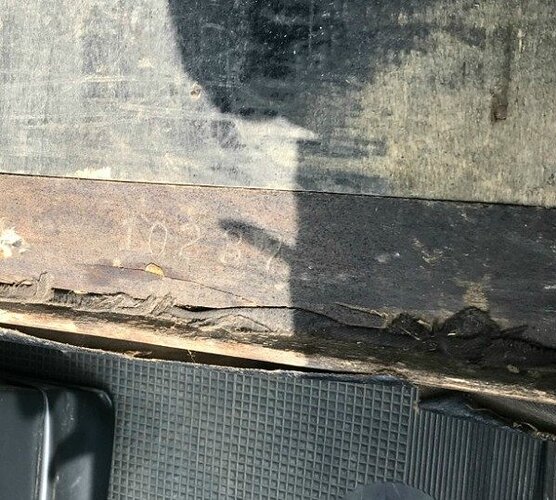 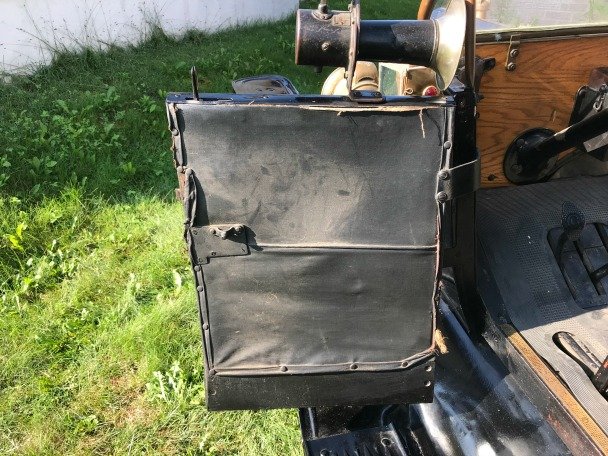 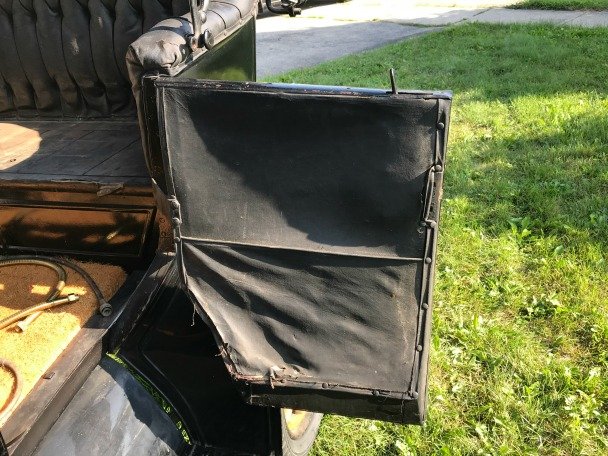 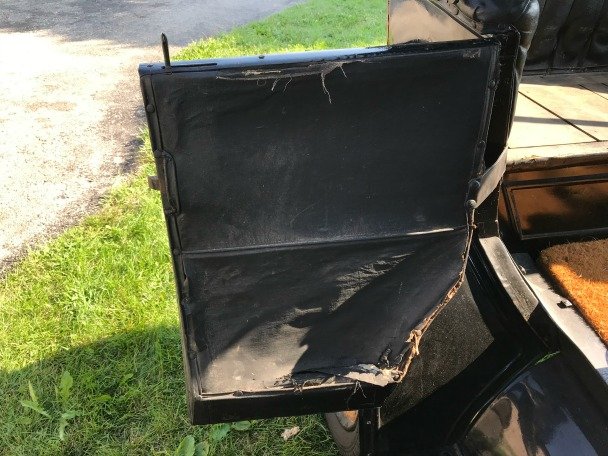 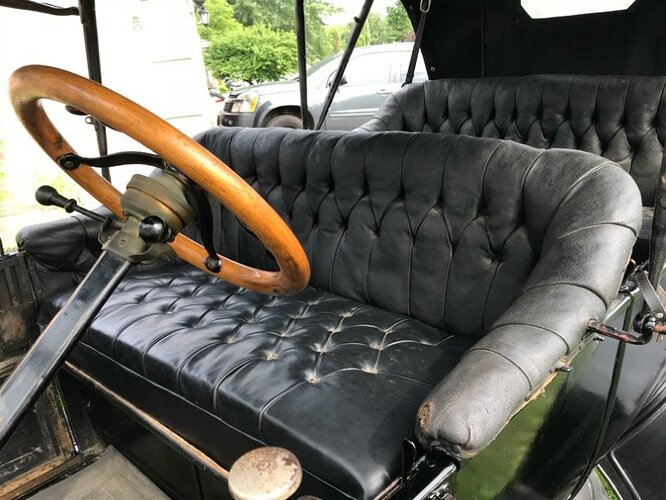 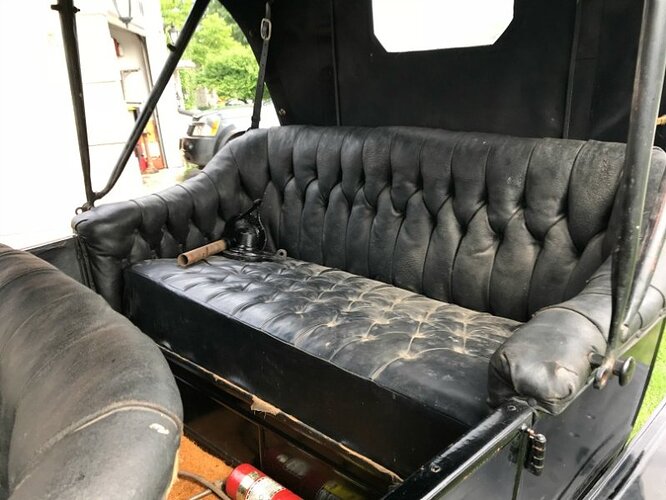 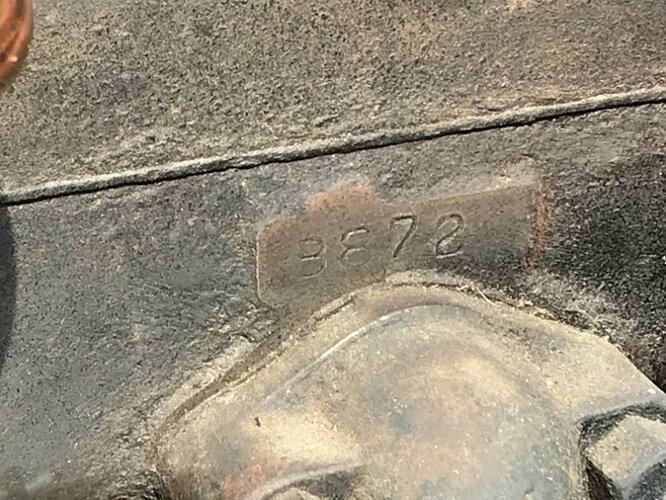 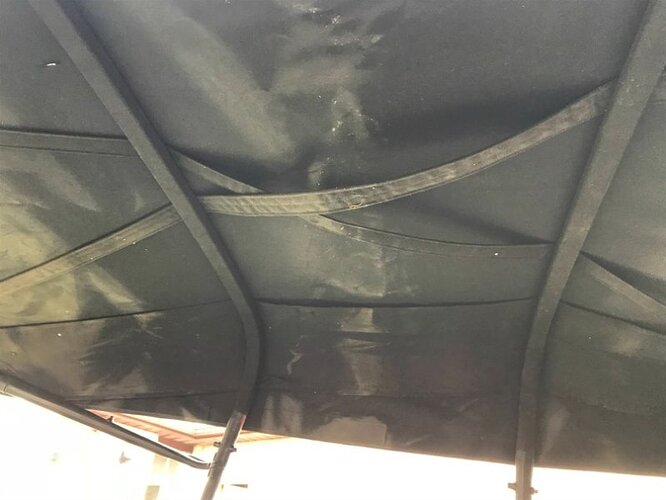 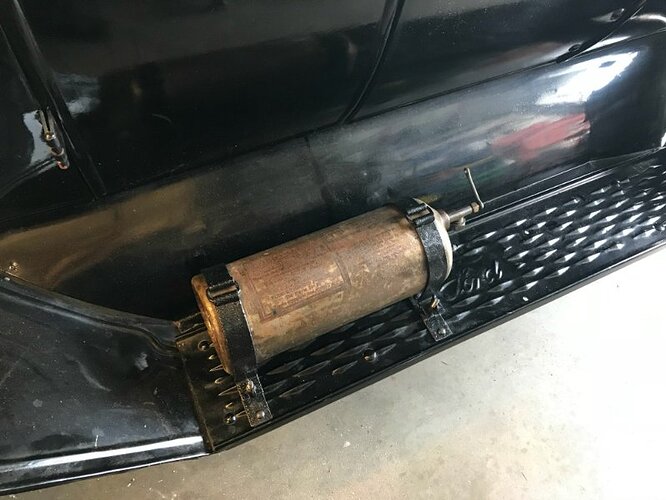 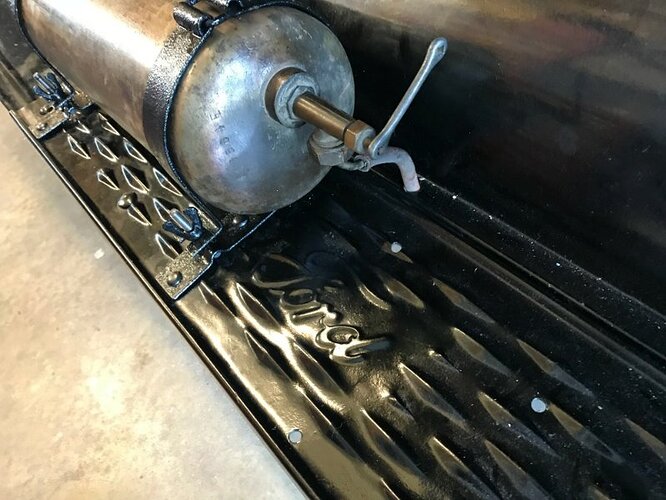 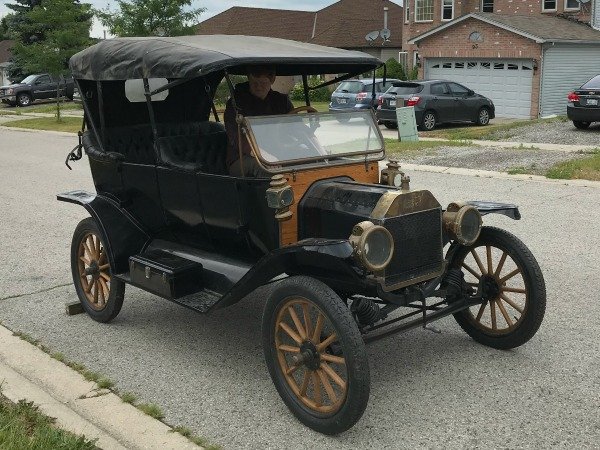 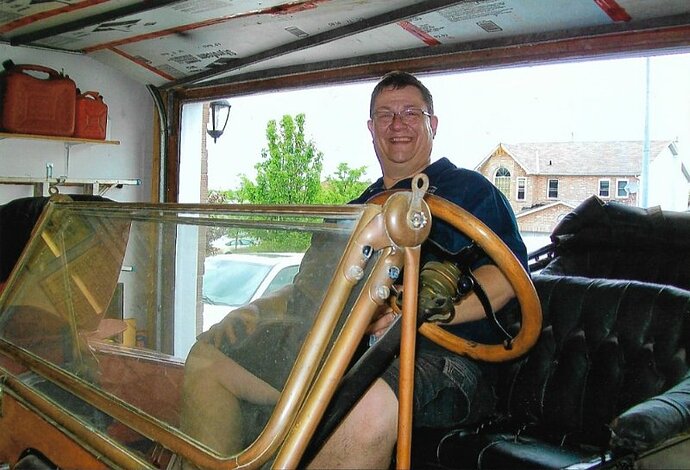 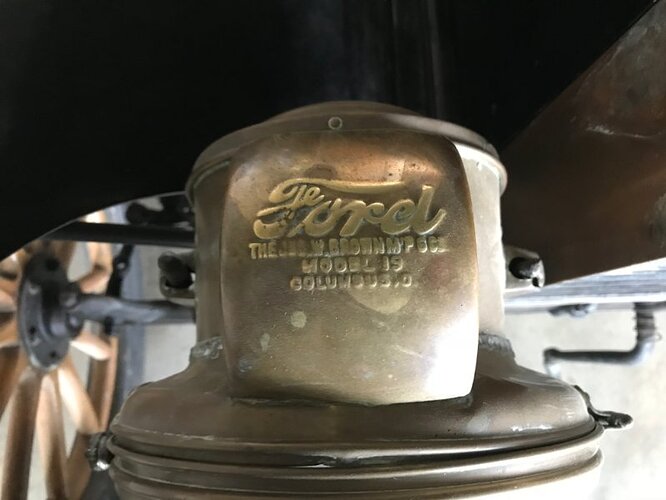 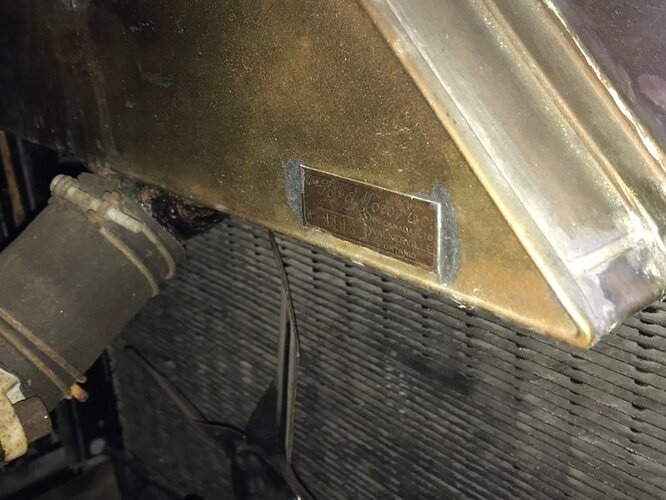 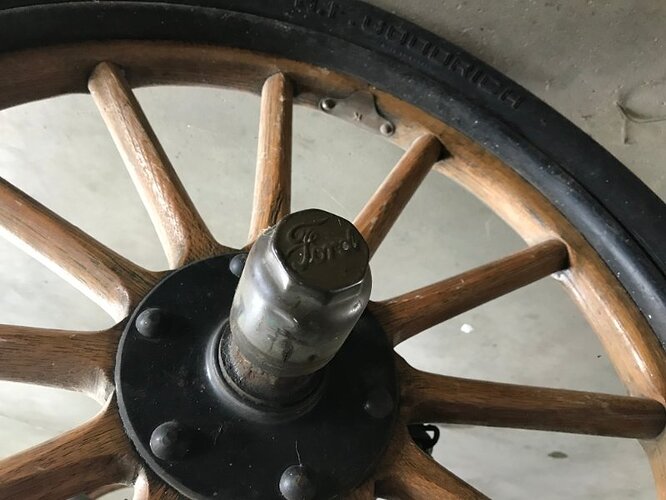 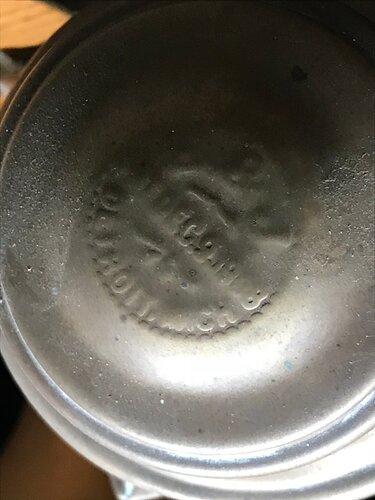 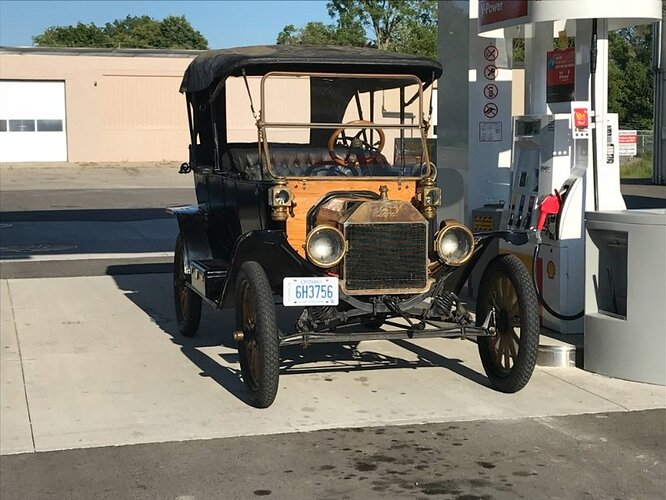