I surfed across these two vintage photos on separate sites. The machine of interest in both shots is the Model N Ford. It appears to be the very same car. The two towns still exist today and are some 60 miles apart. Although the photos are undated and likely pre-teens, I’m certain it would have been quite an arduous journey between the two cities back in the day. I’m hoping some of you eagle eyed viewers can add some insights. 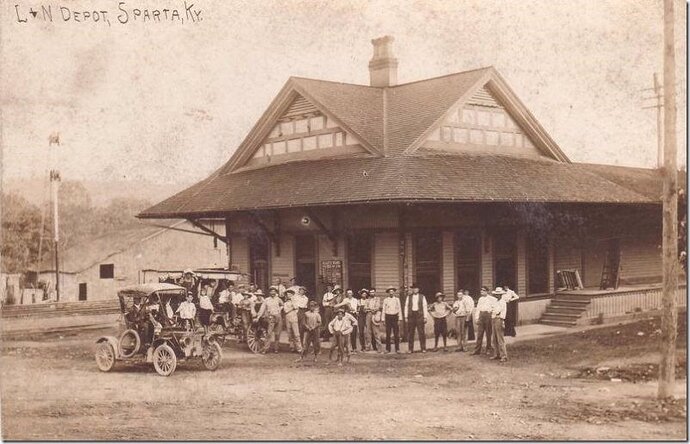 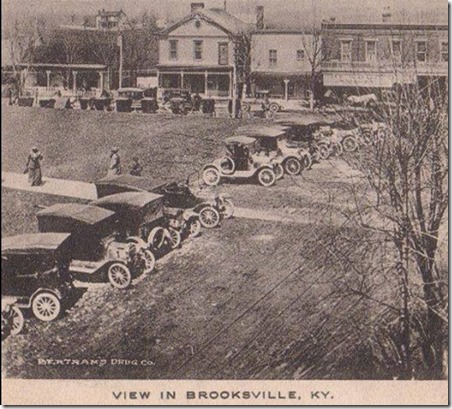 Got to be the same car in both photos. Any dates for the newspaper article Tom?

Both photos were lifted off of totally different sites on the net with no information provided. The photo of Brooksville appears to have been a post card. I suppose what is noteworthy and intriguing is that two photos of apparently the same 100-plus year old car would surface.

Sorry. I don’t believe it is the same car. I imagine we are discussing the (probably model R) Ford with the spare tire hanging from the buggy rail for the top, and the similar appearing car with the spare tire hanging in a similar position in the second photo? The spare tire and general overall appearance is where the similarities end. The car in the second photo has longer front fenders, which curve over above the front wheel. The car appears to have a door (closed) whereas the first car clearly does not. The top sockets, mountings, and covers appear to be different entirely. On the second car the rear curtain appears to come around and align with the rear socket/bow, whereas the first car has only a narrow rear curtain only going down at the rear of the seat. Without better size references, it is difficult to say with any certainty, however based upon the relationship between the front and rear wheels, I would say the wheelbase on the second car is slightly longer (about half a foot).
In the second photo, the nearest group of cars, the first car we can see the full length (at least of the top?), is a '15/'16 Model T Ford touring car. One can clearly see the distinctive hood former behind the hood. So the photo is at least 1915, or slightly later.
The apparent colors of several cars (including the car in question) is questionable. Several cars appear to have very light colored fenders, hoods, etc. While popular in some countries, that would have been quite unusual in the USA. However, there is a likely explanation. Given the road conditions of the day, it could be simply light colored dust or dried mud that settled on the lower and flatter areas of the car. It could even be that the few cars I can see with that look all had to drive across the same particularly dusty road, while others traveled less distance or areas with a different clay content.
All that considered, I am still unsure of the marque of the car in question. I zoomed in, and looked as closely as my limited computer skills would allow. It looks like a model T Ford. But I am not sure that it is. Given the curve of the front fenders, if it is a Ford, I would expect it to be about 1917. That is only about a year later than the car that is clearly a '15/'16 Ford. I don’t see anything else in the pictures to narrow down the dates involved.
That is my observation and opinion.