The original Dixie Tea Room was built in 1921. It was/is located on the Dixie Highway in Ft. Mitchell, KY. The two original rooms are still occupied today and are referred to as the “Tavern Room” and the “Hunt Room.” Johnny Hauer was the first owner and operated the Dixie Tea Room as an ice cream parlor, and sold other notions of various assortments. The Dixie Tea Room was conveniently located at the “End of the Line” where streetcars completed their journey south, make the big turn, and headed back to Cincinnati.

In the '30s, Al Frisch purchased the business and renamed it The Greyhound Grill in honor of his brother Benny, who was a successful greyhound dog trainer in Florida. Al’s sister Irene and mother Mary did the cooking, which included homemade ice cream, soups, and their famous “Chicken” and “Jack Salmon” setups, which sold for 50 cents.

The ice cream parlor was eventually eliminated, the bar relocated to its present location, and a beer garden with a lively juke box added for guests’ entertainment. Along with these changes, emerged the “world-famous” onion rings, juicy burgers, and double-deckers for diners’ enjoyment.

Most recently, the Grill has been renamed to become the “Tavern”. 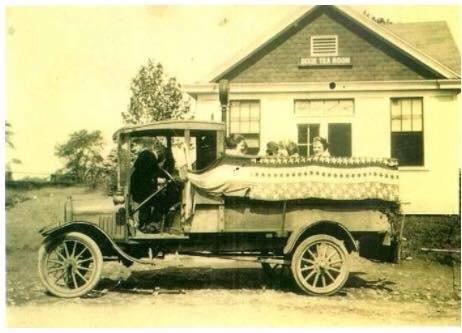 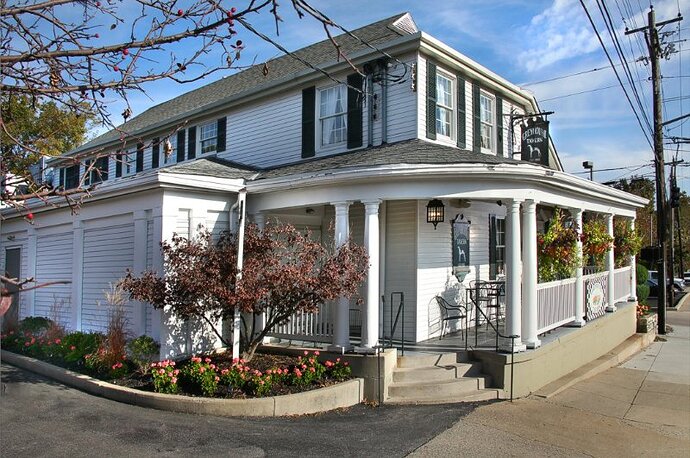