The wire spokes on my speedster were bent to the point that the wheels were not true. If I jacked up one front wheel, put a block by it, and spun it, I could measure that it was out by 3/8". This was not a factor at 30 mph, but at over 40 mph it caused interesting vibrations, and it was scary at 50 mph. I had never tried to straighten spokes and figured it was not for a shadetree mechanic like myself to try, but I could not find anyone local who straightened spokes. So, I tried it myself. About half of the long outside spokes were slightly bowed inward, a few were slightly bowed outward, there were only a couple of serious kinks where the spoke had been hit. In the pictures you can see the use of a straight board put beside the spoke and under the spoke to check it for straightness. Then straightening was a simple matter of putting the end of the board against the spoke and tapping the other end of the board with a hammer. Or sometimes a rubber mallet worked well. For a serious kink close to the hub I had to use a tire iron as a pry bar with one end on a board to protect the paint on the wheel. It is a matter of checking, bending, rechecking, bending, etc. It took about 15 minutes per wheel, was very easy to do, and the wheels are now out 1/8" or less. The speedster runs smoothly at 55 mph! If I can do this, you can too!!! 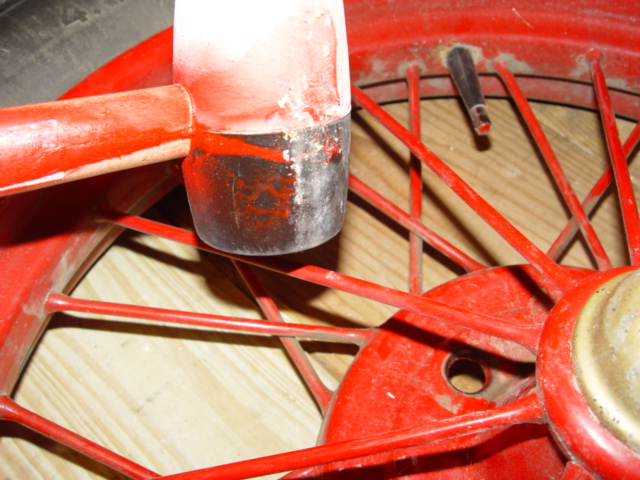 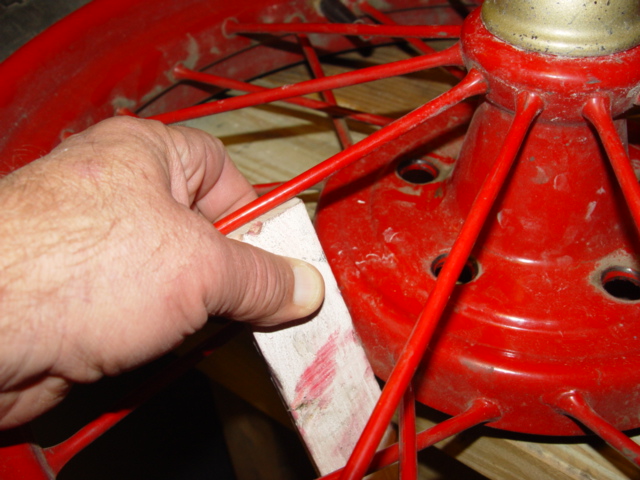 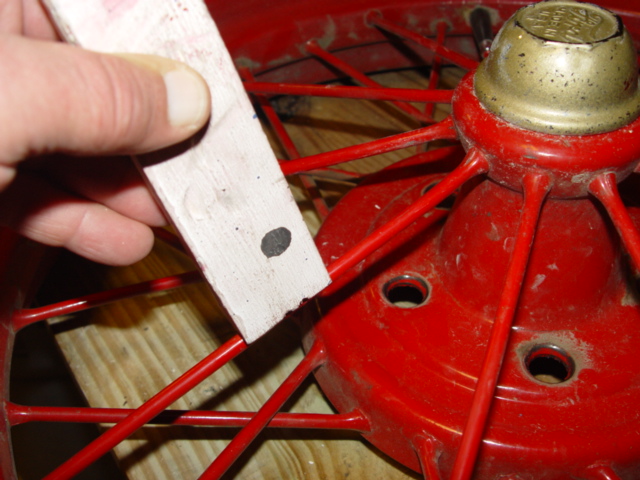 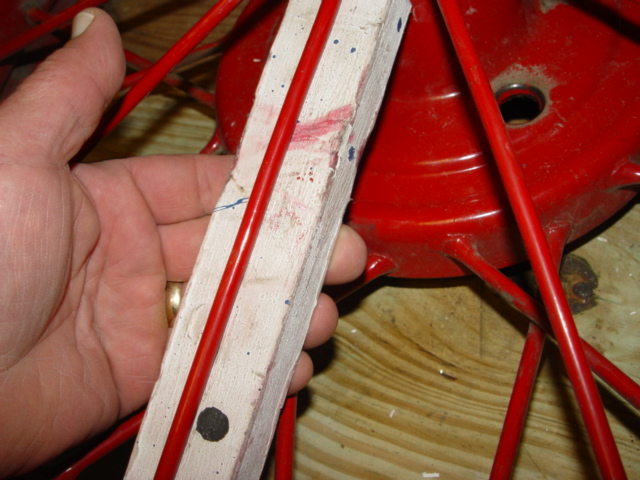 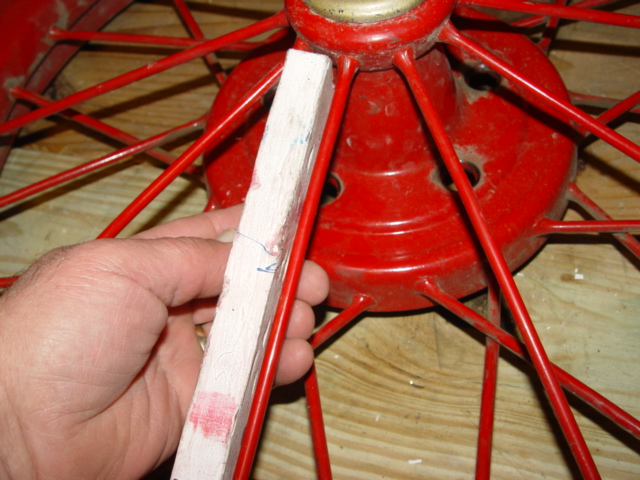